The provincial government has taken its last big step towards maintaining labour peace in schools through the next election in the form of a tentative agreement that extends Ontario’s high school teachers’ contracts by another two years.The... 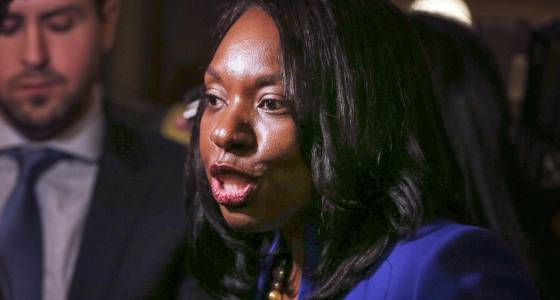 The provincial government has taken its last big step towards maintaining labour peace in schools through the next election in the form of a tentative agreement that extends Ontario’s high school teachers’ contracts by another two years.

The deal with the Ontario Secondary School Teachers’ Federation (OSSTF), announced Thursday, was the final one among the seven unions representing teachers and education workers. It’s part of a process launched by the province last fall expected to cost hundreds of millions of dollars in the next two years in additional salaries.

If the other five, representing elementary teachers, French teachers, English Catholic teachers, education workers and support staff, are ratified, the three-year contracts due to expire this August will all be extended until 2019.

That gives the gives the province a shot at sidestepping school labour disruptions in the run-up to the 2018 election.

While no details have been released about the OSSTF deal or others pending ratification, the price of labour peace is likely to be high for the Wynne government.

In general, every one-per-cent increase in pay for the province’s teachers costs the province up to $170 million, according to sources familiar with education negotiations.

That translates to an extra cost of roughly $680 million over the two years, based on the four-per-cent salary increases over two years negotiated by CUPE, the Ontario English Catholic Teachers’ Association (OECTA) and reportedly the Elementary Teachers’ Federation of Ontario (ETFO).

On top of the salary increases, the government is pouring millions into extra teaching positions: some $67 million for the province’s Catholic teachers alone. Support staff represented by CUPE will receive $115 million over two years for additional special education, secretarial and custodial jobs.

Elementary and Catholic teachers are expected to vote on their agreements next week.

The tentative deal with the elementary teachers includes another expensive piece: a provision that caps kindergarten classes at 30 students.

Currently classes, staffed by a full-time teacher and early childhood educator, must average of 26 students across the board, but kindergarten teachers have complained of having more than 30.

The OSSTF also said it has reached agreement with the government on a “remedy” for compensation owed to them following a court ruling last year which found the province had violated their collective bargaining rights in 2012.

No details were released.

All the deals depend on amendments to the collective-bargaining legislation tabled this week by Education Minister Mitzie Hunter, which enables contracts to be extended, and which includes a requirement for additional notice on strikes or walkouts.