The association that represents Ontario’s doctors is fighting back against the government’s proposal to change the law around discipline for health professionals, which would see the health minister being granted a larger role in the process.“These... 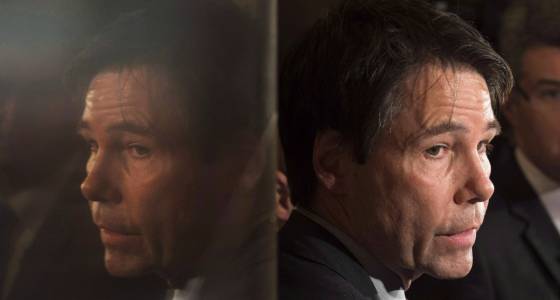 The association that represents Ontario’s doctors is fighting back against the government’s proposal to change the law around discipline for health professionals, which would see the health minister being granted a larger role in the process.

“These changes, taken together, paint a troubling picture,” Ontario Medical Association spokesperson Dr. Rachel Forman said in a statement issued to the Star.

“If the bill is passed in its current form, there is a very real risk that physicians could cease performing certain medical acts to avoid any potential they would be subjected to unjust processes.”

Bill 87, which Health Minister Eric Hoskins presented in the legislature last December, contains amendments to the Regulated Health Professions Act that stem from a Star investigation into doctors still practising after being found to have sexually abused their patients.

It would significantly revamp the discipline process for all health professionals, and not just for those found guilty of sexually abusing patients.

If passed, it would grant the minister the power to make regulations regarding college committees and panels, meaning that, eventually, discipline panels of the colleges could be made up predominantly of members from outside the health profession.

Another proposed change would require colleges to provide the minister with personal information, including health information, about a member of the college, if deemed necessary to ensure the college is fulfilling its duties.

Critics have charged that the proposed changes signal a lack of confidence in the colleges’ ability to regulate their respective health professions, including the College of Physicians and Surgeons of Ontario (CPSO).

In fact, a task force set up in the wake of the Star’s investigation called for the creation of a separate tribunal to prosecute cases of sexual abuse involving health professionals, but Hoskins has not indicated support for the idea.

The OMA described the proposal to provide personal information on a college member to the minister as a “serious breach of basic privacy rights.”

“Physicians and other health-care providers should be entitled to the same expectation of privacy of their personal health information as all other citizens, and all Ontarians should be concerned about this Orwellian proposal,” Forman said.

With regards to the minister being granted the power to set the composition of committees, Forman said “panels could be comprised of individuals without clinical judgment or medical expertise, both of which are critical to self-regulation. It is unclear what the Minister of Health wants to achieve with the power, but it raises serious questions about CPSO’s impartiality.”

Hoskins told the Star in a statement that he looks forward to debating the bill in the legislature as well as public consultation “to ensure we get this important piece of legislation right.” The government has consulted with the Information and Privacy Commissioner to ensure the proposals are in line with privacy laws, he said.

Colleges have begun to voice their stances on Bill 87, sending mixed messages. Irwin Fefergrad, registrar of the Royal College of Dental Surgeons, which regulates dentistry in Ontario, said he “unequivocally” supports Bill 87. The College of Nurses said it supports the intent of the bill, and is working on a formal response to the minister.

In a briefing note presented to its council last week, the College of Physicians and Surgeons said it also “supports the intent and overall objectives of Bill 87,” but did raise concern with the minister’s proposed power to set the composition of committees and panels.

The briefing note indicates that such significant changes are typically addressed in legislation after being debated in the legislature, rather than set by the minister, which is a much quicker process. The law currently states that two members of a discipline panel must be members of the public. Panels must comprise between three and five members in total.

Louise Verity, the CPSO’s director of policy and communications, highlighted in an interview with the Star the importance of having members of the profession on discipline panels.

“When there is a clinical issue that is under consideration, as is often the case in a discipline situation, you want to make sure that you have the expertise on the panel to help inform sound decision-making,” she said. “It's not so much about numbers for us, but ensuring the integrity of the process overall.”

Medical malpractice lawyer Paul Harte said the briefing note suggests the college is pushing back on the minister and government trying to gain a more active role in regulating the health professions.

“I have always said that the government is trying to have it both ways. The changes that they recommend would provide the option for them to become more involved in regulating the profession, but without taking over the responsibility of actual regulation,” he said.

“My guess is that the government simply wants the threat that they might get involved to change behaviour at the college. I would be surprised if they did actually implement any regulations.”