CLEVELAND, Ohio - Country singer Eric Church is out to gut the $5 billion-a-year ticket-scalping industry. It's a fine idea, and long past due. Artists, venues, promoters and even law enforcement can only do so much to halt scalping - the resale... 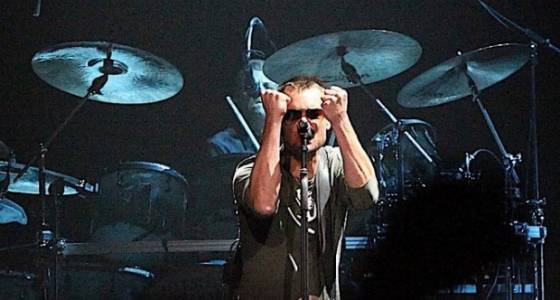 CLEVELAND, Ohio - Country singer Eric Church is out to gut the $5 billion-a-year ticket-scalping industry. It's a fine idea, and long past due.

Artists, venues, promoters and even law enforcement can only do so much to halt scalping - the resale of tickets on secondary or tertiary markets, some legal, some not.

So no matter what Church does, the onus ultimately will fall, well, on us.

Our part in halting the practice is pretty simply stated: "Buyer beware.''

Church on Tuesday canceled an additional 25,000 tickets to his remaining shows on his "Holdin' My Own'' tour that he and his team, using a 10-prong program, had identified as originally having been purchased by scalpers.

The tickets, which included 157 for the Cleveland show on Friday, Feb. 24, at Quicken Loans Arena, were canceled and returned to the pool for purchase at the authorized sites - in this case only The Q box office, Discount Drug Mart locations, theqarena.com, ericchurch.com and by phone at 1-888-894-9424.

The scalpers got refunds, but here's the problem:

If you bought from a scalper or even a legitimate third-party broker like stubhub.com or onlinecitytickets.com, you could be out hundreds of dollars . . . and not have a valid ticket.

By their very nature, scalpers are unscrupulous - Jesus may have tossed the first ones out of his temple, according to the Bible and one of my favorite musicals, "Jesus Christ Superstar.''

They're out to make a buck, which in and of itself isn't wrong, but it's the methodology and the ethics - or lack thereof - that have fueled Church and his team.

This is from a release supplied by Church's public relations firm on Tuesday, Feb. 21:

As originally reported on yesterday (Feb. 20) by The Associated Press, throughout the Holdin' My Own Tour, Eric and his team have systematically cancelled and released tickets back to the public that they identified as scalper tickets. Already on the tour, Eric's management team used a proprietary program to release thousands of tickets back to the public and fans in markets like Brooklyn, Philadelphia, Toronto, Vancouver and Boston. On Feb. 21 at noon local time, cancelled tickets for remaining markets will be released to the public via the venues' official ticketing websites. In addition, tickets for Canadian dates were released Thursday, Feb. 9, and tickets for the Tacoma, Portland and Cincinnati shows will be released Monday, Feb. 27 at noon local time.

"It's not easy. It's time consuming and labor intensive to comb through nearly 1 million tickets," says Fielding Logan, one of Church's managers at Q Prime South.

"Yet, Eric is leading the charge, and our team is combatting these vultures, one cancellation at a time. Battling scalper efforts isn't just identifying those individuals looming on street corners soliciting or hawking tickets anymore. It's halting digital multimillion dollar enterprises that are sophisticated and aimed at taking advantage of the fan for profit."

To be clear, Church isn't targeting the fan who bought tickets, then discovered Aunt Martha was coming to town on the big night, so he can't go to the show. That kind of stuff happens, and it's why legal sites like Stubhub.com exist.

What the country star is looking to shut down is the broker who uses all kinds of nefarious methods - fake credit cards, fictitious names, false web domains, robot dialers, whatever - to purchase hundreds or thousands of tickets, then resell them at a huge markup.

One of the most celebrated cases involved a pair of brokers who between them bought 15,000 tickets for a Madison Square Garden U2 show in 2014 just minutes into the on-sale time. They were discovered, but that they were able to do it at all speaks to the ability of scalpers to manipulate the system.

While StubHub profits from such shenanigans, the site -- which as of Wednesday still had floor seats for Church's show available at $900 a pop, more than 10 times the face value of the top-tiered $89 ticket -- at least gives lip service to disavowing that kind of activity.

"Any seller that's illegally obtaining a ticket, whether that involves technology or cutting the proverbial line that is the Internet, we're 100 percent against,'' said Cameron Papp, a New York City-based spokesman for the online resale agency. StubHub was the only one of several online ticketing agencies contacted for this story that returned calls and email requests for comment.

"We're not a broker,'' Papp said. "We don't want to get that misconstrued. We don't buy any tickets on our own.

"We're an open-market place,'' he said. "We connect buyers and sellers. We don't obtain any tickets on our own. We don't discriminate against someone selling one ticket compared to someone selling 10 tickets.''

StubHub does have a policy of making good - as best it can - on tickets that may be voided because they initially were purchased by scalpers. So when a ticket is canceled - as Church did this year, and Rock & Roll Hall of Famer Tom Petty did a decade ago - anyone who bought his or her ticket on StubHub can use the site's "fan protection guarantee,'' and go to the site's customer service department, and receive either a replacement ticket - if available - or a refund.

But that's a work-around. The safest bet, according to the many local venues who responded to a request for comment, is to purchase tickets either through the venue itself, its designated online sale point - ticketmaster.com, ticketfly.com, ticketweb.com, etc. - or the artist him- or herself.

"My daughter is a member of the Green Day Fan Club,'' said Kim Kocon in a Facebook post. "Thanks to the club we were able to get real good pavilion seats, 3 days early, and pay actual prices. So glad for the fan club. Scalpers ruin things for actual fans.''

Concert promoter Live Nation, which books shows at venues like Blossom Music Center, The Q, Hard Rock Rocksino and others, did not respond to repeated requests for comment for this story.

"One way we at The Q have been trying to help with this situation is by doing web/phone only [sales] the first day of the sale, box office and Discount Drug Mart the following day or Monday if it's a Saturday on-sale date,'' said Quicken Loans Arena spokeswoman Carrie Samek.

The Q has been able to track about 80 percent of the tickets that have been sold through secondary outlets after their initial purchase.

The Q's Flash Seats cannot be put up for resale, but they can be transferred to another party, she said. However, under a mandate from the Church team, the "Flash Seats marketplace'' was not opened.

"We occasionally have issues from people buying from websites other than ours,'' said the Kent Stage's Tom Simpson. "Most are new customers who do an online search and just pick a site and buy tickets, so we encourage customers to use only kentstage.org.''

That's a key point: Crafty scalpers often use websites that are deceptively similar to those of the actual venue. It's one of the tricks of the trade, and something for buyers to be on the lookout against.

"We warn our guests via our playbills (and with policies on the tickets' backs) to never purchase Playhouse Square tickets EXCEPT from the 'original source,' which in our case would be playhousesquare.org or 216-241-6000 or our ticket office,'' Kiser said in an email.

The exception to that rule, she said, is when travelers purchase their tickets as a part of a package from national services like Groupon or Travelzoo, "because the promoter has contracted with those services to discount one section of the venue, or a certain performance.''

Val Renner, a spokeswoman for the Akron Civic, and Vivian Davis, who handles that job for the Hard Rock Rocksino, reiterated the need for customers to get their tickets from either their respective box offices or websites, or the venues' designated ticket provider, ticketmaster.com.

There's an added benefit to getting your tickets on-site, Davis said.

"If fans purchase tickets from the Rocksino box office, they will save money on fees and have a guaranteed ticket,'' Davis said. "And we can provide better customer service to help fans select the best seat to fit their interests and not 'guess' at what they are purchasing.''

Maybe that would help bring back some of the nostalgia Brook Park's Greg Harmon mentioned in his Facebook post on the issue:

"Another thing ruined by the Internet,'' Harmon lamented. "Standing in line at your local Ticketron outlet with a hundred other fans, talking about the music, the latest album, or your cousin's best friend who saw the band in Milwaukee last month. Good times.

"Even if you ended up in the nosebleeds."

Whether Church's battle against scalpers succeeds is something uncertain, but even his attempt is gaining support.

"I think what Eric is doing is very commendable,'' said Brunswick's Dennis Saunders on Facebook. "It shows he appreciates the fans and the fame, money where he's at instead of the greed, money and the arrogance that usually comes with it.

"The money being stolen from us fans to go see a concert is ridiculous,'' Saunders said. "These outfits doing it need to be stopped."