Once Upon A City: The banker with a terrible secret | Toronto Star

Brian Molony was at home playing bridge with friends as a college basketball championship game played out on TV. The teams were separated by one point when a star player missed two free throws in the final seconds.Molony was devastated.“Somebody says,... 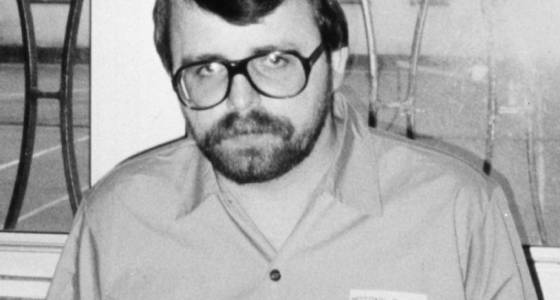 Brian Molony was at home playing bridge with friends as a college basketball championship game played out on TV. The teams were separated by one point when a star player missed two free throws in the final seconds.

That surreptitious bet in 1982 was one of countless wagers he’d made since first placing $2 on a race horse at age 12. (It won.) But it was far from his biggest loss. On the night before his arrest for fraud 35 years ago, he dropped $1.4 million (U.S.) of his employer’s money at an Atlantic City casino.

Embezzling a total of $10.4 million from the Canadian Imperial Bank of Commerce, Brian Patrick Molony orchestrated the largest crime of its kind in the country’s history.

Known as “Mr. M” at the height of his high-roller days south of the border, at home in Hogtown he drove an old clunker, wore cheap clothes and paid $300 a month to share a one-bedroom High Park apartment with his girlfriend.

His gambling addiction, hidden from everyone close to him, revealed itself early in life. One of nine kids of a Toronto doctor, Molony stole cash from his parents to bet on horse races and acted as a bookie for school chums.

Sharp-minded and likeable, the university grad was hired by the CIBC for its management training program in 1976. He worked at a downtown branch, earning $10,000 a year and learning various jobs until he was promoted to loans officer and assistant manager.

By then his gambling habit, which he once described as an “orgasmic rush” without the pleasure, had hit high gear with regular trips to U.S. casinos, including all 297 in Las Vegas.

Over 15 months in the early 1980s, Molony made 37 visits to his preferred venue, Caesars Boardwalk Regency Hotel-Casino in Atlantic City.

As the temptations of gaming tables spun out of control, he devised a system of “borrowing” large sums of money from the bank. (He always intended to pay it back from his winnings, he told a reporter later.)

At first, he’d carry cash as he flew off to Atlantic City. On one occasion, he had $350,000 in hundred dollar bills packed into his pants, shirt and coat pockets. He was so stuffed he could “hardly sit down,” he told Star reporter David Miller in an exclusive interview at Joyceville penitentiary in 1984.

As he walked through airport security, his keys tripped the alarm, “but the money is stuffed on top of the keys and I couldn’t reach them … I’m sweating buckets.”

He finally dug the keys out and walked through security again as the guard “just waves me on.”

On future junkets, Molony made arrangements to send drafts to another bank so funds could be transferred to Caesars.

The casino treated the pathological gambler like royalty, with private jet flights, limousine service, luxury suites, champagne and prostitutes. But he was too intent on placing bets to partake.

“I told them, the only lady I was interested in was named luck,” he said. She both blessed and failed him to the tune of $1 billion in one 12-month period, he estimated.

Molony had gotten into the habit of flying to Caesars after work, gambling all night then returning home to shower before heading back to the office.

On April 26, 1982, he arrived at the casino after engineering the last of his fraudulent bank loans — this time for $1.4 million (U.S.). Spectators lined up six deep to watch him play, he recalled.

“Better luck next time, Mr. M,” an employee said before Molony went to his suite to throw up.

Things got worse for the 27-year-old when Metro police pulled over his limo on the way home from the airport and arrested him. They had been monitoring him for months through wiretaps on his bookies as part of an investigation into a bookmaking ring.

“We didn’t know at that time exactly what was going on but we were terribly suspicious,” Sgt. Bob Greg told the Toronto Star.

The CIBC knew nothing of the missing millions until the fraud squad tipped them off.

“How the money went missing without anyone finding out about it is a question that a lot of people here are asking,” said bank spokesman Ev McCrimmon.

“It’s insidious, destructive and exhilarating,” he said about his gambling addiction, for which he received treatment after his arrest. “Win or lose, it matters not. It’s just action.”

Sentenced to six years, Molony was out after two. He later married and went into the financial services business, still using his own name.

“He’s said he’ll earn back the trust that he’s betrayed,” author Gary Ross told The Star in 1987 after writing the book Stung: The Incredible Obsession of Brian Molony.

“I would have no hesitation in trusting him with my life savings,” Ross added.