OJ Simpson may be released from prison this year

O.J. Simpson could be released on parole as early as October 2017 after serving just nine years of his 33-year sentence for kidnapping, robbery, and assault.Because of good behavior, the 69-year-old former NFL champ’s chances for release seem favorable,... 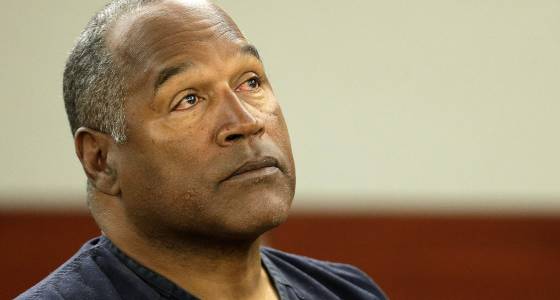 O.J. Simpson could be released on parole as early as October 2017 after serving just nine years of his 33-year sentence for kidnapping, robbery, and assault.

Because of good behavior, the 69-year-old former NFL champ’s chances for release seem favorable, according to the Sunday Express website.

Once paroled, the sports-star-turned-actor can begin to cash in on the $2.7 million that’s accrued from his NFL pension during his prison stay.

Simpson was paroled on five of his 12 charges in 2013, after successfully arguing he’d displayed good behavior while behind bars.

In order to walk free, the former running back must convince four out of the seven parole hearing commissioners that he’s kept clean, and avoided gang membership and drug and alcohol abuse while incarcerated.

Simpson has spent the last nine years at the Lovelock Correction center in Nevada, following a 2008 conviction on various charges for the robbery of memorabilia dealers Alfred Beardsley and Bruce Fromong.

The football star maintained he was simply retrieving items the duo had swiped from him.

The 2007 heist–during which Simpson and others stole some 800 items from a Las Vegas hotel room–came less than a decade after he was acquitted of the murder of his ex-wife, Nicole Brown Simpson and Ron Goldman.