The family of Fatemah Reshad, the Iranian infant who came to Portland for life-saving heart surgery after initially being banned by President Donald Trump's immigration ban, will speak to the media for the first time Monday afternoon at OHSU Doernbecher... 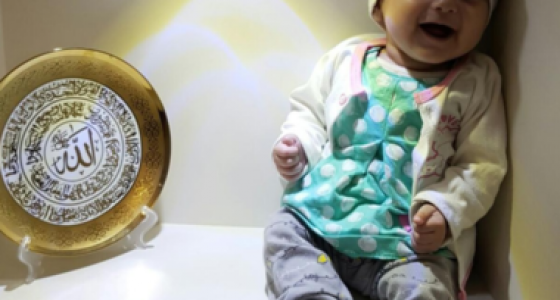 The family of Fatemah Reshad, the Iranian infant who came to Portland for life-saving heart surgery after initially being banned by President Donald Trump's immigration ban, will speak to the media for the first time Monday afternoon at OHSU Doernbecher Children's Hospital to announce the results of her procedure.

Fatemah's predicament drew widespread attention earlier this month as one of the most high-profile examples of those caught in the travel ban, which prohibited residents of seven Muslim-majority countries, including Iran, from coming into the U.S.

When the young girl was born, she was diagnosed with a rare congenital heart disease that hinders about two in 10,000 newborns. Doctors in Iran did not have the right equipment to perform the necessary surgery, so her family made plans to travel to Portland, home to one of the top hospitals in the world and also her uncle and two grandparents, all of whom are American citizens.

Before Fatemah and her parent's could travel to Dubai, where they had an appointment to apply for a travel visa at the U.S. embassy, their interview was abruptly cancelled and the family was told they would have to wait the 90 days until the ban expired to try again.

The travel ban had gone into effect the previous day.

"I got the email and everything was canceled," said her uncle, Sam Taghizadeh. "I was in shock."

As her story gained attention, a number of prominent political commentators and politicians began speaking out about Fatemah. Oregon Sen. Jeff Merkley assigned a caseworker and New York Gov. Andrew Cuomo began advocating on her behalf.

About a week later, Fatemah and her family were granted a special waiver to travel to the U.S. and was admitted to OHSU Doernbecher Children's Hospital.

Monday will mark the first we've heard about her condition since she was admitted. The Oregonian/OregonLive will be livestreaming the press conference from our Facebook page and will provide a complete update later in the day.