Galleries Videos CONTACT ADVERTISE
Famagusta 13°
few clouds
BUSINESS EDUCATION ENTERTAINMENT HEALTH POLITICS SCIENCE SPORTS TECHNOLOGY
10:58 Kratom Tea: How Is It?
11:46 Office Furniture Products for you!
12:17 Top Clubs, Their Value, Revenue And Current Standings
11:14 Reasons Why Rewarding Yourself is a Good Practice
10:56 What Egypt Has to Offer for US Travelers
12:48 How to Maximize Compensation in Your Personal Injury Case
12:28 How To Use a CBD Vape Pen for Anxiety
05:28 Second-Hand Vaping Is Harmless
05:15 Guide to Vaping and CBD Flower for Beginners
14:55 COVID-19 Recovered Ronaldo and Zlatan outshining everyone in Serie A
BIST
1329
GOLD
450.327
USD
7.8115
GPB
10.4300
EUR
9.3377
Breaking News
Tips & Trick To Buying Jewelry Items Without Spending Much
Close

CLEVELAND, Ohio -- Ohio University basketball was expected to struggle without starting center Antonio Campbell. The defending Mid-American Conference Player of the Year suffered a foot injury January 14 and is out for the season since. The Bobcats (18-8,... 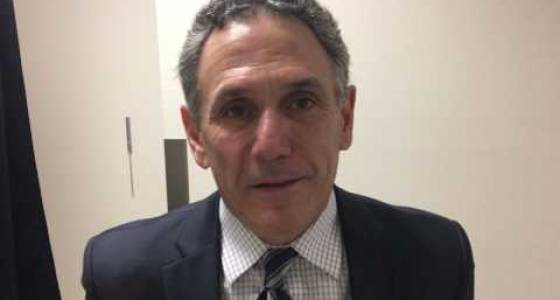 CLEVELAND, Ohio -- Ohio University basketball was expected to struggle without starting center Antonio Campbell. The defending Mid-American Conference Player of the Year suffered a foot injury January 14 and is out for the season since. The Bobcats (18-8, 10-5) however, have not floundered, but flourished without him.

Now they are on the cusp of perhaps getting a share of the 2017 MAC title they were originally the preseason favorites to win. Akron's recent two-game struggles has left the door open in the standings with three game to play for the Bobcats to try and step in. The Zips (22-6, 12-3) still hold a two-game lead with three to play over Ohio, even after losing, 66-65, Tuesday at Bowling Green.

They also remain the MAC Tournament favorite, but now at the least seem vulnerable.

With two of their three games left on the road at rugged Buffalo and rival Kent State, that Akron title does not look as sure as it did a week ago.

Meanwhile the Bobcats have continued on with their business, including a comfortable 79-62 Tuesday road win at Miami. Now the schedule favors them.

After a Saturday 8 p.m. road game at Kent, OU finishes with two home games against Buffalo and Miami. A title tie with Akron, if that is likely the best the Bobcats can get, but even that seemed farfetched a week ago.

Akron Zips: The little things that made a big difference while Akron was building its record to 22-4, 12-1 seem to have cost them in back-to-back losses to Kent and BG. Both teams outscored Akron in the paint, forced Akron into more turnovers, and held Akron below 10 3-pointers in the game.

Prior to the setbacks those were winning columns for coach Keith Dambrot and his team. The biggest 'little' thing may be 3-pointers. Akron averaged nearly 11 per game before the last two. But they have only made 14 combined against the Golden Flashes and the Falcons.

One player who has struggled in the two games is senior forward Kwan Cheatham. Going into the Kent game he was averaging 15.3 points a game in league play including 2.9 3-pointers a game. Since then the 6-9 Cheatham has scored a combined 15 points in two games going 3-for-14 on 3-pointers.

Considering the Zips have a two-game lead with three to play, including a home senior-night game against Miami next Tuesday, they are still the favorites to win a second-straight MAC title. But even with the No. 1 seed, a run to the upcoming MAC Tournament title game now looks tenuous. Indeed, at least one predictor already has the Bobcats favored.

Kent State: The Golden Flashes (16-12, 8-7) are suddenly every contenders best friend and worse enemy. They are suddenly the hot team winning three straight including back-to-back on the road which included a victory that snapped Akron's 30-game home win streak and a road victory at defending MAC Tournament champ Buffalo that had won six straight and was the hottest team in the league.

Kent's mountain, however, is still higher to climb. And even with a strong finish it's not assured of a coveted top four seed to the MAC Tournament and direct bye out of the first round to Cleveland. Beating Akron helped bring the Zips back to the pack and beating UB (15-3, 9-6) likely knocked the Bulls out of the title chase.

Next up is Ohio, a team Kent lost to, 85-67 on the road, before Campbell suffered his injury. A KSU win, even if a four-seed fails to materialize, would at least send a MAC Tournament message to the rest of the conference, considering no other team has beat that trio back-to-back-to-back.

That's no small task. Campbell's replacement is 6-8, 225-pound freshman Jason Carter who has found his rhythm lately scoring 15, 11,19 and 25 points in his last four games with 9-14, 5 and 11 rebounds. The Bobcats played three of their last four on the road and won all three, while Kent has been far from strong at home, losing four home MAC games already this season, including three in overtime.

Yet with games still to play at nemesis Bowling Green (12-16, 6-9), plus an Akron rematch, the Flashes have much work remaining.