WASHINGTON - Donald Trump won't be the only one trying to score political points when he delivers his first speech to a joint session of Congress on Tuesday night. Just as presidents usually invite guests in the audience to highlight their speech's policy... 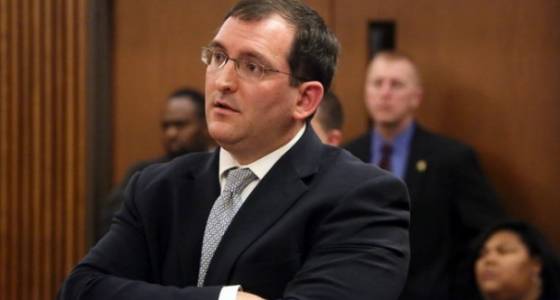 WASHINGTON - Donald Trump won't be the only one trying to score political points when he delivers his first speech to a joint session of Congress on Tuesday night.

Just as presidents usually invite guests in the audience to highlight their speech's policy initiatives, members of Congress from Ohio and across the nation will bring their own guests, each meant to convey a message.

For Democrats Marcy Kaptur of Toledo and Joyce Beatty of the Columbus area, that message is: "Don't mess with the Affordable Care Act."

This Ohio family was able to pay for cancer treatment thanks to ACA. Reckless repeal of ACA is not the answer. https://t.co/dmR427psMT

Kaptur's speech guest - Bay Village lawyer Kevin Filiatraut - will be there to highlight her point that "Americans have too much to lose for Congressional Republicans to play chicken with their health insurance."

Filiatraut's wife, Kim, has cancer. His insurance covers her chemotherapy treatments, but repeal of the Affordable Care Act could keep her from getting insurance in the future because of that condition. Kaptur said the law's cancellation could bankrupt the Filiatrauts because her treatments cost more than $500,000 each year.

The constituent Beatty invited - Kevin Rhodes - couldn't get health insurance after he was diagnosed with Type 1 diabetes at age 20. Now age 43, Rhodes was able to get employer-based insurance coverage three years ago because of the ACA, and is "no longer living in fear of financial ruin, as a result," said a statement from Beatty's office.

Sherrod @TheCityClub: If corporations pay poverty wages they should reimburse taxpayers for the cost of forcing workers onto govt services.

"I'm honored to have him as my guest this week to remind President Trump that we will hold him to his promise to put American workers first and that must include raising the minimum wage," said a statement from Brown.

"I've been proud to partner with him and the Teamsters on our efforts to protect Ohio jobs and stop retirees from facing pension cuts as large as 70 percent through no fault of their own," said a statement from Portman.

Across the country, nearly a dozen Democrats have teamed up with the American Civil Liberties Union to invite guests who will be affected by Trump's policies on issues such as immigration.

For example, California Democratic Rep. Judy Chu invited Iranian graduate student Sara Yarjani to be her guest. After an order from Trump restricted U.S. entry for citizens of several predominantly Muslim countries, Yarjani was detained at Los Angeles' airport and deported despite having a valid two-year student visa. She was able to enter the United States a week later.

New York's Rep. Nydia Velazquez has invited Hameed Darweesh, an Iraqi and father of three who worked for the U.S. military as an interpreter. Darweesh was detained at John F. Kennedy airport for 18 hours before being released.

"These guests, who will sit in the House gallery during Tuesday's address, have overcome discrimination and made positive contributions to society, exemplifying the ideals of our great nation," said a press statement from the ACLU.

After risking his life for the United States, Hameed Darweesh was detained by President Trump's #MuslimBan https://t.co/cRKJCM7DZG