Mendota Heights-based Patterson Companies is over 140 years old and has been a public company for the past 25 years. Without visionary leadership of former chairman and CEO Peter Frechette, the company would look a lot different today.Frechette, who died... 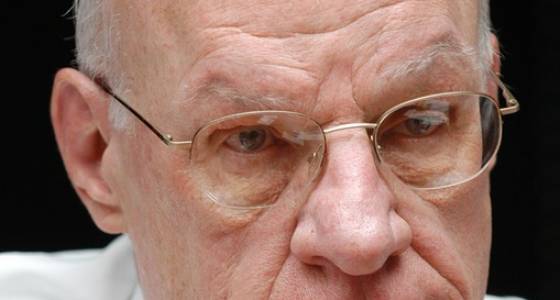 Mendota Heights-based Patterson Companies is over 140 years old and has been a public company for the past 25 years. Without visionary leadership of former chairman and CEO Peter Frechette, the company would look a lot different today.

Frechette, who died on Feb. 22 while visiting friends in California, joined then Patterson Dental Co. in 1982 as president after an 18-year career at American Hospital Supply Co. In 1985, Frechette lead a management buyout of the company from its parent company, The Beatrice Companies, which was a conglomerate of mostly food companies.

James Wiltz, who succeeded Frechette as president and CEO of Patterson Cos. in May 2005, had worked at Patterson Dental since 1969. “I was about ready to leave had Peter not arrived,” Wiltz said. “Pete was personally responsible for pulling that company up by its bootstraps.”

In 1985, Frechette convinced about 45 other executives to do a leveraged buyout that gained the company its independence. He led the company through an initial public offering in 1992 that turned it public and provided an exit strategy for some of the management team members who were set to retire.

Frechette and his team recognized that the industry was consolidating and set about making 34 acquisitions in the dental supply industry buying smaller distributors and complementary product lines.

By 2001, acquisition opportunities in the dental supply industry were getting thin. Frechette pushed Patterson to diversify further, into the veterinary supply market first, and in 2003 Patterson diversified into the rehabilitative-care supply business.

Frechette retired as CEO in 2005 and served as chairman of the Patterson board until 2013.

Frechette was born in Janesville, Wis., in 1937 and attended Janesville Senior High School. He graduated from the University of Wisconsin-Madison in 1961 with an economics degree and earned an MBA from the Kellogg School of Management at Northwestern University in 1980.

He married his high school sweetheart, Patricia O’Brien, in 1961. Pat, who passed away in September, graduated from the University of Wisconsin-Madison with an education degree. Together, Pete and Pat raised twin girls and were involved in many philanthropic and charitable causes.

In 2000, Frechette, Wiltz and other Patterson executives founded the Patterson Foundation, which provides college scholarships to children of Patterson employees and makes grants to other nonprofit organizations that provide dental or animal health services.

Peter and Pat Frechette also supported a number of organizations. Considered passionate and discerning gift givers by those they supported, they also encouraged their children and grandchildren to do the same.

Through Frechette’s business intuition and his wife’s passion they supported the University of Wisconsin, the Basilica of St. Mary, St. Catherine University, Vail Valley Foundation, the Roundup River Ranch and many others.

In 2013, the Frechettes endowed the Perry and Alicia O’Brien Fellowship in Public Service Journalism at Marquette University with an $8.3 million donation. The award is named after Pat Frechette’s parents, who were graduates of Marquette. The award supports in-depth public service journalism.

In 1999, the family purchased a second home in Beaver Creek, Colo., and became deeply involved in that community. In 2015, the Vail Valley Foundation named Pete and Pat Frechette as their Citizens of the Year for the contributions and leadership to the community, including programs and events in the arts, education and athletics and toward environmental and conservation causes in the area.

After graduating from the University of Wisconsin-Madison, Frechette served in the U.S. Army Military Police Corp. and was a member of a battalion sent by President John F. Kennedy to protect James Meredith, the first black student admitted to the University of Mississippi.

Services will be at 12 p.m. Thursday at the Basilica of St. Mary in Minneapolis.