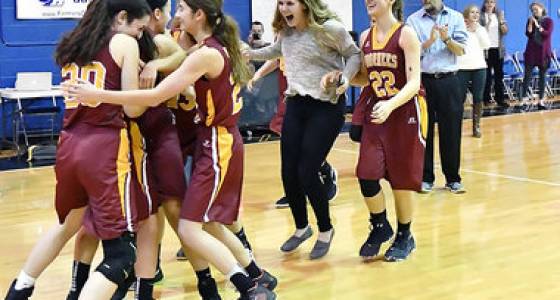 The program will bring together students with and without disabilities to play basketball as a team this March, with track potentially added later.

The high school district received a grant of $10,000 from Special Olympics New Jersey for the 2016-17 school year to launch the Unified Sports program at both high schools.

According to the Special Olympics New Jersey website (http://www.sonj.org/unified-sports.html), unified sports was inspired by a simple principle: training together and playing together is a quick path to friendship and understanding.

"Unified Sports will provide our students with an opportunity to participate on a competitive, yet supportive, sports team with their peers," said Jillian Hoolihan, Special Education Teacher and Unified Sports Coordinator at North Hunterdon High School. "Students will be working with their typical peers on and off the court during games and practices.

"During times in which students are not playing on the court, they will create posters and cheer on their fellow team members. Unified Sports is just another opportunity North Hunterdon and Voorhees provide our special needs population to form meaningful relationships and memories that we hope will last them past their high school career,"

The teams from North Hunterdon and Voorhees High Schools will play against each other as well as against Delaware Valley Regional High School during the month of March.

The remaining games will be:

The Play Unified basketball season will end with the teams competing in the Schriver Cup Championship in April at Princeton University. The Championship brings together high school and college Unified Sports programs throughout New Jersey to compete against one another for the Schriver Cup trophy, named in honor of the founder of Special Olympics, Eunice Kennedy Schriver.