If Boulder is to establish a citywide broadband network, it won't be financing the build-out of that network on its own.A unanimous City Council agreed Tuesday night to authorize Boulder staff to eliminate the public build-out option as it explores a path... 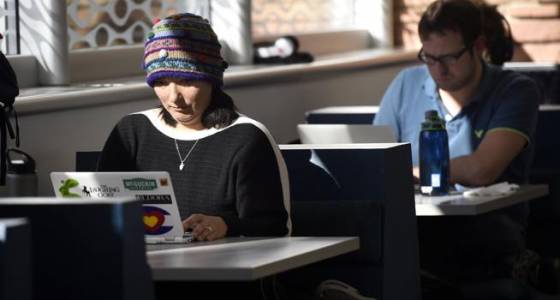 If Boulder is to establish a citywide broadband network, it won't be financing the build-out of that network on its own.

A unanimous City Council agreed Tuesday night to authorize Boulder staff to eliminate the public build-out option as it explores a path to broadband.

The move all but guarantees that any continuation of the effort will involve a public-private partnership, in which a private company builds at least the majority of the planned fiber-to-the-premises network, and perhaps operates it, too.

Boulder will now continue negotiations with outside firms interested in partnering with the city. Staff is in close talks with three companies, and several others have expressed interest on some level.

"All three companies are very keen to capture the Boulder brand," said Councilman Bob Yates, who formerly worked in telecommunications and has worked with staff during the recent broadband exploration.

By rejecting the public option, Boulder avoids a scenario in which it spends about $100 million or more on the build-out.

It also leaves itself potentially vulnerable to risk of losing control of the network.

The point of the broadband effort is to bring faster, cheaper internet than what customers can currently get from incumbents such as CenturyLink and Verizon. The city hopes to avoid a scenario, though, in which a company partners on the build-out and then sells itself to another company that could roll back some or all of the progress Boulder might make toward its broadband goals.

To mitigate this risk, the city is considering a few different strategies. One involves the "right of first refusal" — a contractual agreement that in the not-unlikely event that a private-sector company builds out the network and then gets bought by the kind of company the city is currently trying to break from, Boulder would have the right to buy back the assets.

Another idea involves Boulder doing some of the build-out itself. If the city pursues that path, it would probably seek to build the final stretch of fiber from main roads to the homes. Building and owning the network from curbs to front doors would give Boulder leverage, in theory, if a company tried to sell.

"It's very difficult to say we could negotiate a pure promise from someone to never sell the network, but we're protecting ourselves," Information Technology Director Don Ingle said.

The council is expected to continue discussion of broadband in May, and is seriously considering placing a tax on the 2017 ballot to fund the project.