TRENTON -- As Gov. Chris Christie prepares to deliver his final state budget address Tuesday, the drama centers on one question: Will he try to use the state's spending plan to force action on his controversial school funding proposal known as... 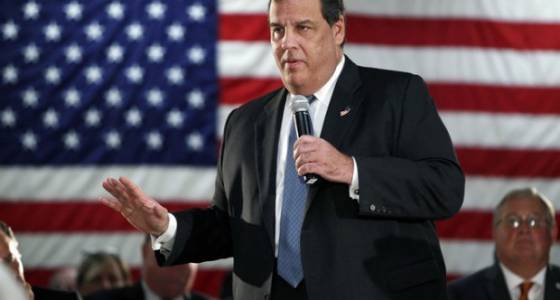 TRENTON -- As Gov. Chris Christie prepares to deliver his final state budget address Tuesday, the drama centers on one question:

Will he try to use the state's spending plan to force action on his controversial school funding proposal known as the "Fairness Formula"?

The governor -- who already addressed the state's dwindling transportation funding and pledged to make good on New Jersey's pension contributions -- has thus far left the education world in suspense.

To be sure, he's even played up the intrigue of whether he will include in the budget his proposed school funding changes -- a move that would leave urban districts scrambling to plan for crippling reductions in state state.

Several of the state's education groups say they don't believe Christie will include the drastic changes, which would give all districts the same per pupil aid regardless of wealth and ability to raise money. But the governor's theatrics have worn thin for many education advocates, who gathered this week to sound off on the possibility that he does.

"There is a lot of anxiety, a lot of speculation," said Betsy Ginsburg, executive director of the Garden State Coalition of Schools. "None of which is good for the operation of stable educational programs."

Cecilia Zalkind, president of the Advocates for Children of New Jersey, said while Christie's once-aggressive campaign around the proposal has eased, "I don't think we can take anything for granted."

The effects of a shift in education funding would be almost immediate for school districts that receive a notice of the aid they can expect to receive for the upcoming school year within 48 hours of the annual budget address.

How Christie's plan could affect your taxes

The governor's plan would shift millions in state aid from urban and low-income districts in order to achieve tax relief for 75 percent of the state's school districts.

Every district would receive the same amount in per pupil funding, $6,599, and districts would no longer receive additional aid for students who historically need extra support, such as low-income students or students learning English as a second language.

While some suburban communities would see their average tax bills drop by thousand of dollars, urban districts would not only lose millions in state aid for their schools but would be forced to consider raising the average property tax bill by thousands of dollars per household to offset the reduction.

More than 60 percent of black students live in districts that would lose money if Christie's plan went into effect today. About 57 percent of students on reduced or free lunch programs -- a common measure of economic disadvantage in schools --would see their districts lose aid under a flat aid rate, as would 55 percent of Hispanic students.

"It is distinctly possible that the governor could decide to make changes to the school funding formula through the budget," said Assemblyman Declan O'Scanlon (R-Monmouth), who sits on the Assembly Budget Committee. "I am absolutely hoping that he does do that, because we need reform, and the Legislature hasn't been able to get its act together to implement reforms."

Including the school funding plan in the budget would set up a showdown with the Democratic-controlled Legislature, led by Senate President Stephen Sweeney, a Democrat who's called the governor's proposal "unfair," "unjust" and "blatantly unconstitutional."

Sweeney (D-Gloucester) has spent months pitching his own proposal to eventually fully fund the existing school funding formula. While Sweeney's plan also has winners and losers, the reallocation of aid would be far less radical.

In addition to resistance from by the Democratic-controlled Legislature, which approves the budget, Christie's plan would also be challenged in court.

Even so, it would create "chaos" within school districts who have to budget according to tentative state aid estimates from the state and face important deadlines before the state budget is finalized.

Schools districts must build their budgets based on state aid notices sent out 48 hours after the budget address, said John Donahue, executive director of the New Jersey Association of School Business Officials. So regardless of whether those figures change by July 1, districts slated to lose big under Christie's proposal would be forced to plan for major spending cuts, including school closures and layoffs, he said.

Union contracts require advance notice of layoffs, which would mean hundreds of misleading pink slips in urban districts this May.

"The legislature could turn around in June and trump whatever the governor proposed, but meanwhile we gave all of these people notice they are out of a job" Donahue said. "It would be chaotic. It would be absolutely insane."

Despite Christie's vague remarks, state education groups -- including those that represent local superintendents and business administrators -- say they can't fathom the governor would include the drastic overhaul in his 2018 budget.

"Say what you want about Gov. Christie, he's not going to do this," Donahue said. "I am absolutely convinced that he will not. I don't see our governor doing that with public education in this state."

Education groups are confident Christie won't try to push through his plan in part because the state Supreme Court has been clear that he can't cut funding to the state's former Abbott districts, said David Sciarra, executive director of the Education Law Center.

They also think the governor realizes the potential damage of proposing a plan that would likely be rejected by both the Legislature and the state Supreme Court.

But even if Christie doesn't try to force the Fairness Formula through the state budget, school officials worry more modest cuts could be in store, especially since Christie has already promised to make the required pension payment.

At best, they are hoping for same funding they got this year.

"I'm not expecting any good news in the budget," said Richard Bozza, executive director of the New Jersey Association of School Administrators.