NEWARK -- Ted Bundy. John Wayne Gacy. Jeffrey Dahmer. 'Son of Sam' David Burkowitz. Criminologists say if the charges against 20-year-old Khalil Wheeler-Weaver turn out to be true, New Jersey will have a name to add to the list of America's serial... 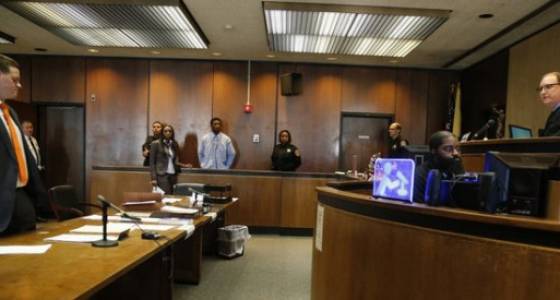 Criminologists say if the charges against 20-year-old Khalil Wheeler-Weaver turn out to be true, New Jersey will have a name to add to the list of America's serial killers.

Authorities allege Wheeler-Weaver, an Orange resident who worked as a security guard, killed at least three women, and tried to kill a fourth before he was arrested last year.

Though prosecutors have not used the term "serial killer" when levying charges against Wheeler-Weaver, experts said the allegations against him fit the definition of the term.

What we know about the killings

"I think this qualifies," Lawrence Kobilinsky, John Jay College's science department chairperson and a forensics expert, said of the case against Wheeler-Weaver.

The FBI's definition of "serial murder" has fluctuated, leading to a disagreement among experts about the minimum number of convicted murders needed to identify someone as a "serial killer." Many say three, while others argue two may be enough, especially in the case where a person was arrested before being able to carry out additional killings.

The definition has also often included components about time, saying that serial killers' murders are separate incidents that occur with time in between, distinguishing them from mass or spree killers who take multiple lives in a short span of time.

A person who shoots and kills four people during a robbery, for example, would not be considered a "serial killer," experts said. Though, official definitions have also backed off strict timing requirements, experts said.

An FBI report on serial murder defines it as the "unlawful killing of two or more victims by the same offender(s), in separate events."

Katherine Ramsland, a professor of forensic psychology at DeSales University in Pennsylvania, and an author of 46 books on the topic, said one of the most common myths about serial killers is that they focus on one type of victim.

"There are not always similarities," she said. Many serial killers "go for opportunities, or have a preferred type, but deviate from it."

The term "serial killer" had been used in Europe and in books before it was picked up by law enforcement officials in the United States, she said. The late FBI Agent Robert Ressler is most often credited with coining the term in law enforcement when investigating the Son of Sam murders in the 1970s.

Wheeler-Weaver is accused of killing three women in a three month span -- 19-year-old Robin West, of Philadelphia, in Orange on Sept. 1; Joanne Brown, 33, in Orange on Oct. 22; and Sarah Butler, 20, of Montclair, on Nov. 22. He is also accused of attacking and sexually assaulting a fourth woman in Elizabeth in November.

When announcing an 11-count indictment against him Monday, prosecutors alleged "Wheeler-Weaver's interactions with the victims were of a sexual nature."

Serial killings many times "have to do with some type of sexual motivation," Kobilinsky said. The allegations suggest "there is some sexual overlay here," he said.

If convicted, Wheeler-Weaver would not be the first New Jerseyan to be called a "serial killer."

The most notable include Charles Cullen, a nurse who admitted to killing up to 40 patients, the "Torso Killer" Richard Cottingham, who dismembered his victims' bodies, leaving only their torsos behind, and the never-identified "Eastbound Strangler," who is suspected in the killings of four women in Atlantic City.

Wheeler-Weaver has pleaded not guilty to the killings of Brown and Butler. Though she has not returned calls for comment since his indictment, his attorney has told reporters he should be "presumed innocent."

Wheeler-Weaver is scheduled to be arraigned on the new charges against him on March 13. He remains in jail on $5 million bail.