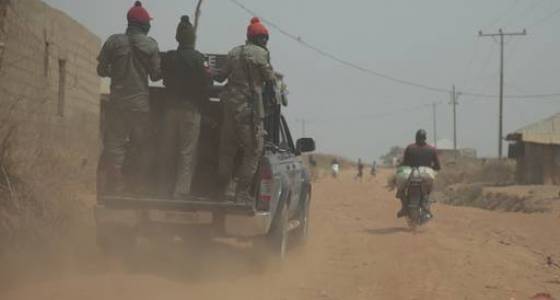 Governo Nasir Ahmad El-Rufai "commended the security agencies for their efforts in securing the release of the Germans," said a statement. It gave no details of the rescue or where the Germans are now. Nor did it say whether anyone has been arrested.

Gunmen had been demanding a ransom of 60 million naira (about $200,000) for the release of Professor Peter Breunig and his assistant, Johannes Behringer. The two were abducted at gunpoint Wednesday and walked into the bush from an archaeological dig near Jenjela village in Kaduna state. Two villagers who tried to help the Germans were shot and killed by the kidnappers, the police said.

Breunig, 65, and Behringer, in his 20s, are part of a four-person team from Frankfurt's Goethe University. The other two members, women, were not touched by the kidnappers. The Germans were collaborating with Nigeria's National Commission for Museum and Monuments to recover relics of the Nok culture. The early Iron Age people, considered the earliest ancient civilization of the West African region that is now Nigeria, are famous for their terracotta sculptures.

Kidnappings for ransom are common in Nigeria, with ordinary residents and even schoolchildren targeted as well as foreigners. Victims usually are freed unharmed after a ransom is paid, though security forces have rescued a few high-profile abductees.

Nigeria's acting President Yemi Osinbajo had summoned the federal police chief on Thursday for a briefing on efforts to find the Germans.