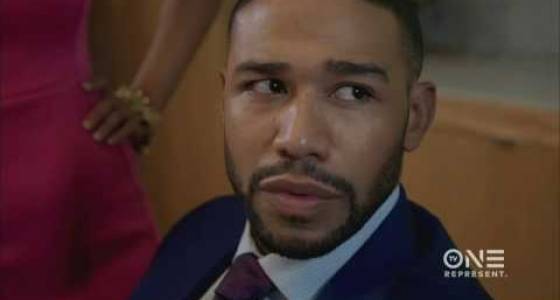 Jerald plays matriarch Jackie Jones, founder of the lucrative media company, J. U.M.P., and run by Jackie and three of her four children. Jackie Jones fought long and hard making her way to the top; and she plans on staying there.

Of course, with many success stories there are usually a few skeletons lurking in closets, and/or underlings who were stepped on or pushed aside along the way.

Cathy Hughes, founder of Radio One and TV One, serves as an executive producer.

According to Hughes, on a recent Tom Joyner Morning Show interview, the script for "Media" has been in development for eight years.

"It was an idea I had eight years ago," says Hughes. "And I was a big fan of New York Undercover. So we sought out Kevin Arkadie, the show's creator. I thought that show was the best blend of drama and music I'd ever seen on television. We've brought back some of the same cast and directors from that show."

The two-hour feature film is also doubling as the pilot. "Media" has already been greenlit for a full season of episodes.