AKRON, Ohio -- The city is asking #WhyNotAkron in its new video, which shows the real faces and "grit" of the Rubber City.  The video debuted Tuesday, as the finale to Mayor Dan Horrigan's State of the City address at the John S. Knight Center and... 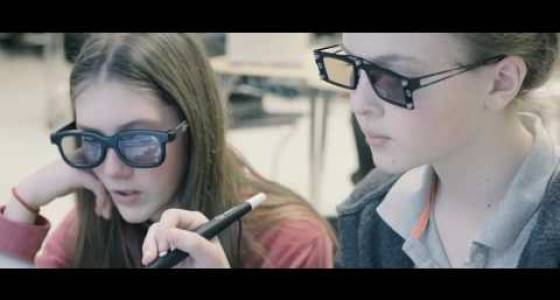 AKRON, Ohio -- The city is asking #WhyNotAkron in its new video, which shows the real faces and "grit" of the Rubber City.

The video debuted Tuesday, as the finale to Mayor Dan Horrigan's State of the City address at the John S. Knight Center and is getting plenty of traction on Facebook. #WhyNotAkron was the theme of the mayor's address, as he called on Akronites to believe in the city's success, despite existing challenges.

Created by Akron-based Pritt Entertainment Group, the video cost the city $5,000, but is valued much higher, said Press Secretary Ellen Lander-Nischt. The city will look for in-kind ways to compensate the group for the work.

The video depicts Akron in its true light, rather than showing a polished city in a nirvana-like setting, said Ryan Pritt, president, Pritt Entertainment Group. The city commissioned the video to be something Akron can be proud of, and gave Pritt's eight-member team plenty of creative license.

"The word 'grit' came up a lot," Pritt said describing his team's brainstorming sessions. "And it resonated with all the people we talked to."

The creative team shot the film over about two months, working almost daily, shooting and interviewing a spectrum of residents to find out why they're passionate about Akron.

Refugee couples, small business owners and city workers are among the stars of the video. The typical who's who of Akron, as well as big-name companies, are noticeably missing.

"I challenged the team to tell the stories of those we have not heard from before," Pritt said. "I didn't want to recognize a name on that list."

As a result, the video is a compelling look at Akron as it it is today.

"It was a labor of love, "he said. "A true passion project for everybody on the team."