DAYTONA BEACH — As NASCAR's top series prepares to open its season with Sunday's Daytona 500, one theme touches almost everything around Daytona International Speedway. 6 Days Ago1 Week Ago1 Week AgoChange.The Cup series' title sponsor has changed, from... 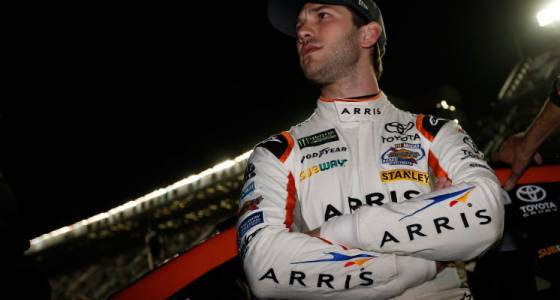 DAYTONA BEACH — As NASCAR's top series prepares to open its season with Sunday's Daytona 500, one theme touches almost everything around Daytona International Speedway.

The Cup series' title sponsor has changed, from Sprint to Monster Energy. The rules have changed, again, to try to boost the quality of racing and make every lap more meaningful — and entertaining — across all 36 races. Even the drivers are changing, with new faces from diverse backgrounds replacing some of the sport's biggest stars.

Not all of the changes were optional, and not all have been popular. But they all stem from one underlying belief: NASCAR's status quo isn't working.

"I think you kind of evolve or die," driver Danica Patrick said.

It might not be dying, but NASCAR's popularity is undeniably dropping.

Despite the closest finish in race history, last year's Daytona 500 only drew a 6.6 rating and 11.4 million viewers. That's the second-worst showing since 1979 and ahead of only the 2014 race, according to Sports Media Watch, a site that tracks sports TV information. Of the 29 races that had comparable year-to-year data, the site reported that TV viewership fell in 22 of them.

At least 14 of the series' 23 tracks have reduced their capacities, including historic Daytona. With declining attendance, the extra seats are no longer necessary.

NASCAR expects Monster Energy to add new energy with a more youthful image, but the deal reportedly comes with a significantly smaller payout than Sprint's old deal — a reflection of how much the series' standing has slipped. The Wall Street Journal even weighed in on the subject this week with the headline, "NASCAR, Once a Cultural Icon, Hits the Skids."

Theories for the sport's decline vary, from economics to demographics to shorter attention spans. Regardless, Sunday's race features some signs that NASCAR is trying to correct itself, starting with its sixth different playoff format since 2004.

"We wanted the fans to enjoy this," said Joey Logano, last year's series runnerup. "And how do we make the fans see great racing? We've got to add these moments — these intense moments into races."

NASCAR has tried to do that by dividing each race into three segments and awarding points for the top finishers in each one.

The new points system serves three purposes. It gives TV networks a natural commercial break, encourages year-long consistency to earn a spot in the final four at Homestead and boosts the importance of every lap, not just the final one. The side effects could include competing strategies and more wrecks as drivers clash at each stage; both could make the races more exciting for fans.

"I think that's going to create a little bit more of a chaotic atmosphere …" 2014 series champion Kevin Harvick said. "If you don't aggressively try to go out and try to get those things, you're going to get behind pretty fast."

NASCAR has taken steps to ensure that the drivers battling for each position have changed, too, to reflect a nation that's growing more diverse.

"For NASCAR to be the All-American sport," driver Aric Almirola said, "it needs to look like all of America, right?"

Almirola's presence shows how NASCAR has tried to accomplish that goal. The Tampa native and Hillsborough High graduate was studying engineering at UCF when he joined a diversity initiative spearheaded by team owner Joe Gibbs. Almirola — whose dad fled communist Cuba as a child — eventually earned a full-time Cup ride with Richard Petty Motorsports and won Daytona's Coke Zero 400 in 2014.

NASCAR's evolving face goes beyond Almirola and up-and-coming Japanese-American driver Kyle Larson. Consider the racers who took over for Jeff Gordon, Tony Stewart and Carl Edwards — three established stars who have retired since 2015 with a combined 170 Cup victories and seven series titles.

"I really wasn't expecting to be in this position right now five years ago …" Suarez said. "To be here, it's something really cool."

Suarez got here with a push from NASCAR's Drive for Diversity, a program that helps racers from different backgrounds advance their careers. The program's current crop includes Collin and Chase Cabre, two Thonotosassa natives with Spanish ancestry who are trying to move up through NASCAR's feeder series and help the series continue to change.

"We can't rely on the fact that the 50-year-old Caucasian male is going to watch our sport forever," Almirola said. "There's a lot of different people that live in our country, and we've got to cater to them and get their attention."

And hope that the rest of NASCAR's changes finally reverse its steady decline.