LITTLE ROCK, Ark. -- A Republican state lawmaker wants to remove the names of Arkansas' most famous Democrats from Little Rock's airport.Sen. Jason Rapert says pilots have complained to him about flying into Bill and Hillary Clinton National Airport. He... 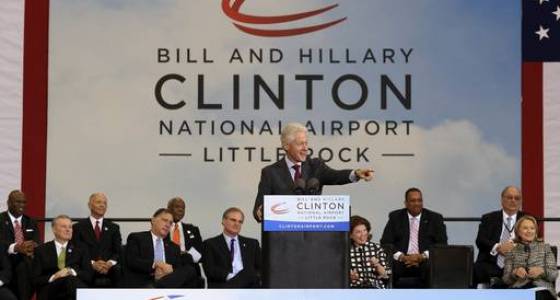 Sen. Jason Rapert says pilots have complained to him about flying into Bill and Hillary Clinton National Airport. He says Little Rock's airport commission dishonored a National Guard captain when it renamed the airport in 2012.

Rapert says it is embarrassing to have the Clintons' name on the airport and has written a bill that would prevent naming certain publicly funded facilities after living people. He says, however, that a wildlife center named after former Republican Gov. Mike Huckabee would keep its name under the bill.

When the airport was renamed, Democrats controlled the Legislature and the governor's office. Republicans now control Arkansas' state government.