Namesake of girl killed by stepdad over yogurt despises the ACS

The man who gave Nixzmary Brown his surname and helped raise her as a baby says he’s been forced to relive her infamous slaying with each new tragedy tied to Mayor de Blasio’s bumbling child-welfare agency.“Every time I hear about a child’s death,... 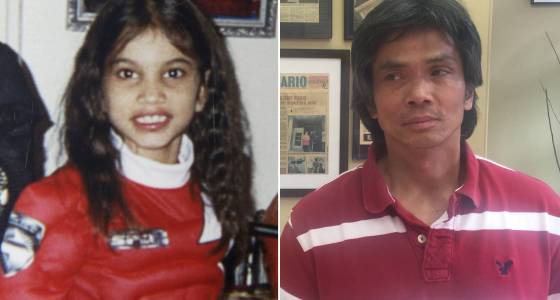 The man who gave Nixzmary Brown his surname and helped raise her as a baby says he’s been forced to relive her infamous slaying with each new tragedy tied to Mayor de Blasio’s bumbling child-welfare agency.

“Every time I hear about a child’s death, it brings me back to Nixzmary. I cry every day,” Edward Brown told The Post. “How much does it take to realize there is a problem? It seems like nobody cares.”

Brown, 47, wasn’t Nixzmary’s biological father, but she became his namesake when he started living with her mom before Nixzmary was born in 1998. He helped raise Nixzmary for about two years before getting busted and sent to prison on drug charges.

Brown blasted the Administration for Children’s Services over the recent slayings of Zymere Perkins, 6, Jaden Jordan, 3, and Mikey Guzman, 5, whose families were all the subjects of official abuse complaints.

“They were at fault and I blame them 100 percent for not doing their job,” Brown said during an interview at the Bronx office of community activist Awilda Cordero.

“I thought they learned their lesson after Nixzmary. They had a year to save Nixzmary’s life, and since her death, they continued to let more children die.”

Brown also unloaded on de Blasio, who has repeatedly defended the beleaguered ACS despite scathing reports from the state Office of Children and Family Services and his own Department of Investigation.

“He has no compassion for these children. He had the ball and he dropped it. It’s all about saving his reputation. The mayor needs to do something, rather than say everything is OK,” Brown said.

“If everything is OK, and everyone was doing their job right, these kids could have been saved. How many reports did they have on them and nothing was done?”

In 2006, at age 7, the girl became the symbol of the city’s broken child-welfare system when her sadistic stepdad, Cesar Rodriguez, fatally bashed her head against a bathtub for taking a cup of yogurt.

A jury convicted him of manslaughter and unlawful imprisonment, and he was sentenced to up to 29 years in the slammer.

Nixzmary’s mother, Nixzaliz Santiago, was also convicted of manslaughter and assault charges but got an even-harsher prison term — up to 43 years — for admittedly ignoring the dying girl as she moaned and repeatedly called for her mom.

The shocking case prompted a series of reforms that included the ACS’s creation of the ChildStat program, which was modeled on the NYPD’s CompStat anti-crime initiative.

Last week, The Post exclusively revealed that de Blasio’s disgraced ex-ACS commissioner, Gladys Carrion, all but stopped attending ChildStat meetings and shifted its focus away from analyzing individual abuse cases after she took office in 2014.

The next day, Carrion’s incoming successor, David Hansell, vowed that ChildStat “is one of the things I will take a very close look at as soon as I arrive at ACS.”