CaptionCloseTwo known MS-13 gang members from Texas were charged this week with murdering a woman and kidnapping with the intent to sexually abuse another victim.Diego Hernandez-Rivera, 18, and Miguel Alvarez-Flores, 22, were arrested Monday and charged the... 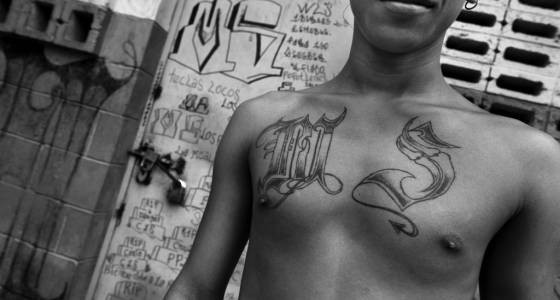 Two known MS-13 gang members from Texas were charged this week with murdering a woman and kidnapping with the intent to sexually abuse another victim.

Diego Hernandez-Rivera, 18, and Miguel Alvarez-Flores, 22, were arrested Monday and charged the next day for aggravated kidnapping. On Wednesday, they were charged with murder in a separated case where an unidentified woman's body was found in west Houston.

In the other case the pair allegedly kidnapped the male victim around Feb. 2 with the intent to inflict bodily injury, sexually abuse and terrorize him, according to court documents.

About two weeks later, the body of a woman identified in court records only as "Genesis" was found in west Houston, lying along the curb at the 9900 block of Sharpcrest Street.

She died from multiple gunshot wounds to the head, neck and torso, according to the Harris County Institute of Forensic Sciences. Investigators believe she was shot by Hernandez-Rivera and Alvarez-Flores at another location and dumped on Sharpcrest.

Both suspects, identified in court records as MS-13 gang members, are at the Harris County jail and each faces a $150,000 bail for murder and a $100,000 bail for aggravated kidnapping.

The MS-13 gang, also known as the Mara Salvatrucha, has roots in El Salvador and a violent record in numerous countries.

The MS-13 first reached into the United States in the 1980s and has become one of the best known international street gangs in the world.