Galleries Videos CONTACT ADVERTISE
Famagusta 23°
few clouds
BUSINESS EDUCATION ENTERTAINMENT HEALTH POLITICS SCIENCE SPORTS TECHNOLOGY
12:08 Guide To Online Sports Betting: How To Choose A Sportsbook
08:28 What Are Some Reasons to Consult a Brain Injury Lawyer?
09:24 Blockchain Solutions for Enterprises: How To Increase Efficiency And Profitability
07:06 How To Deal With A Car Crash In New York
17:43 Tips to keep in mind while choosing the casino site
11:34 Relation Between Employee Theft and Pre-employment Screening Check
04:37 Search your own desired site to play sports for betting
18:00 Top 3 Career Path Options for Business Analysts Preview
15:35 The history of Imen Jane, who is the influencer and the charges on the...
18:48 Sebastian Vettel's Greatest Races
BIST
1120
GOLD
457.848
USD
7.6108
GPB
9.7188
EUR
8.8768
Breaking News
Top 3 Career Path Options for Business Analysts Preview
Close

Movie Minute: 'Logan,' 'The Shack,' 'Before I Fall' arrive at theaters

CLEVELAND, Ohio -- If you're hitting the local cineplex this weekend, Hugh Jackman is back as Wolverine for possibly the last time in the brutal, R-rated "Logan." There's also "The Shack," an inspiring parable of a man whose faith is tested after a... 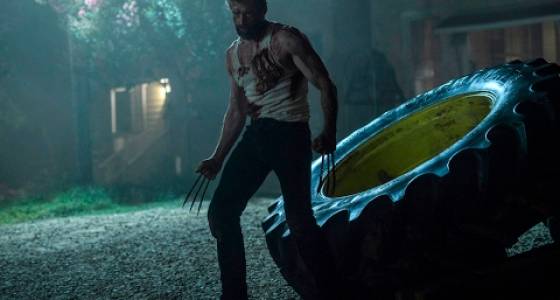 CLEVELAND, Ohio -- If you're hitting the local cineplex this weekend, Hugh Jackman is back as Wolverine for possibly the last time in the brutal, R-rated "Logan."

There's also "The Shack," an inspiring parable of a man whose faith is tested after a family tragedy based on a best-selling Christian novel of the same name.

For the YA crowd, "Before I Fall" has been described as a mashup of "Groundhog Day" and "Mean Girls."

Watch clips from the movies, above, and read more about them, below.

Synopsis: In the near future, a weary Logan cares for an ailing Professor X in a hide out on the Mexican border. But Logan's attempts to hide from the world and his legacy are up-ended when a young mutant arrives, being pursued by dark forces.

Synopsis: The Shack takes us on a father's uplifting spiritual journey. After suffering a family tragedy, Mack Phillips spirals into a deep depression causing him to question his innermost beliefs. Facing a crisis of faith, he receives a mysterious letter urging him to an abandoned shack deep in the Oregon wilderness.

Synopsis: Samantha Kingston is a young woman who has it all: the crush-worthy boyfriend, amazing best friends and drop dead gorgeous looks. February 12 is just another charmed day in Sam's life until it turns out to be her last. Stuck reliving her last day during one inexplicable week, Sam untangles the mystery surrounding her death and discovers the true value of everything she is in danger of losing.