Lafayette College wants to put up temporary dormitories due to rising enrollment. The request for temporary housing for 78 students comes as the college moves ahead with major capital plans to put in new permanent housing just across the traditional campus... 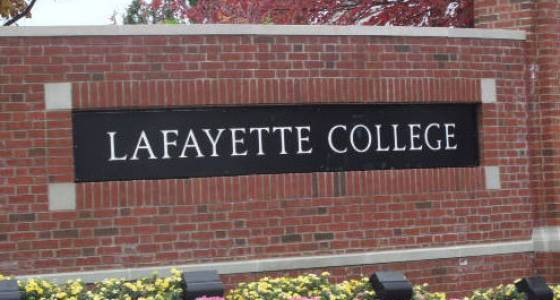 Lafayette College wants to put up temporary dormitories due to rising enrollment.

The request for temporary housing for 78 students comes as the college moves ahead with major capital plans to put in new permanent housing just across the traditional campus border for 400 more students.

The modular dorms would go in parking lots at the Watson Court apartments and at March Field, according to documents provided by the city planning commission. The commission will review the request at its March 1 meeting.

The temporary dorms would take away about 100 combined parking spaces. The college proposal says the dorms would only stay up for one to two years.

The planning commission already heard the proposal for new permanent student housing for 400 students. The commissioners asked for more time to review it and are slated to vote on it in April.

Lafayette plans to boost its enrollment over the next 10 years from 2,500 to 2,900 students. By doing so, the college can generate more revenue and institute a "need blind" admissions process, ensuring that no academically qualified student is ever turned away because he or she can't afford tuition.

"These efforts are part of President Alison Byerly's new strategic initiative which is geared toward increasing financial aid for greater affordability, growing the size of the student body by about 400 over a number of years, and bolstering the size of the faculty to strengthen disciplinary offerings and cross-disciplinary collaboration," he said.

One of the proposed temporary dorms would house 26 students near Watson Court, Lafayette-owned on-campus apartments on McCartney Street near College Avenue. They would take up 47 parking spaces.

The other temporary dorm would house 52 students and take up 51 parking spaces in the parking lot on Sullivan Road designated for March Field.

Neighbors came out in numbers at two public meetings to question the location of the proposed permanent dorms, their height, the number of parking spaces needed, their traffic impact and the impact on home values.

The college responded with a compromise plan, but the city planning commission decided earlier this month it needed more time before making a decision.

MacDonald said the college received 8,441 freshman applications this year, which is the fifth record in six years.

The figures include a 3 percent increase in applications from Pennsylvania, New York, New Jersey, Connecticut and Massachusetts despite declining demographic trends in those states.

Half of the applicant pool is non-white, international applications are up 16 percent over last year, and this pool is the most socioeconomically diverse in Lafayette's history, according to MacDonald.