Auli'i Cravalho laughed off Sunday night's Oscars hiccup, when a flag grazed her head for the duration of her performance of a song from Disney's "Moana." "I am glad someone noticed it," Cravalho stated currently on ABC News' "Excellent Morning America."... 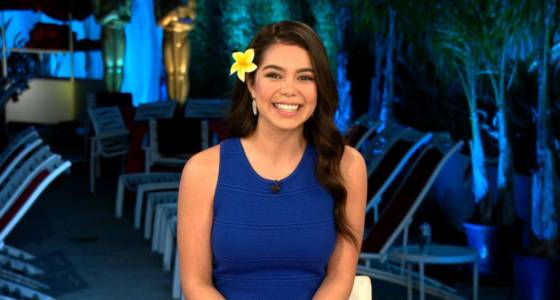 Auli'i Cravalho laughed off Sunday night's Oscars hiccup, when a flag grazed her head for the duration of her performance of a song from Disney's "Moana."

"I am glad someone noticed it," Cravalho stated currently on ABC News' "Excellent Morning America." "I did get a little bump on the head. It was just sort of like a, 'Hey, you are at the Oscars!' It was a very good reminder. Issues take place and you just kind of got to roll with it."

The 16-year-old actress wowed the crowd as she sang "How Far I will Go" from "Moana's" soundtrack.

Following her overall performance, Cravalho tweeted a photo of herself backstage with the caption reading, "Speechless."

"I have no words to completely describe it, which is why 'Speechless' was precisely the proper caption for me," she said. "I just felt so significantly really like and help and I will recall this for the rest of my life."

Cravalho, who worked alongside Dwayne "The Rock" Johnson and Lin-Manuel Miranda on the animated film, said it was "totally extraordinary" collaborating with the two stars.

"Lin-Manuel Miranda is ingenious by way of and via and Dwayne Johnson is an individual that I had been inspired by due to the fact I was a young girl," Cravalho mentioned. "I am nevertheless young but I will continue to look up to the each of them and it was superb being capable to execute with them final night."

The Walt Disney Co. is the parent organization of ABC News.