Mississauga man travels to Turkey, will try to get aid to besieged family in Libya | Toronto Star

A Canadian man whose family is trapped in a militant-controlled area in the Libyan city of Benghazi has travelled to Turkey in effort to assemble an aid shipment for civilians in the conflict-ridden neighbourhood.Ali Hamza, of Mississauga, Ont., says he’s... 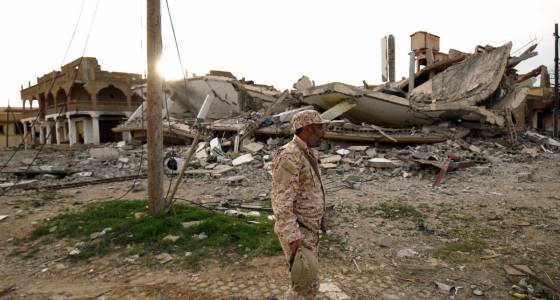 A Canadian man whose family is trapped in a militant-controlled area in the Libyan city of Benghazi has travelled to Turkey in effort to assemble an aid shipment for civilians in the conflict-ridden neighbourhood.

Ali Hamza, of Mississauga, Ont., says he’s made the journey with his wife and four children in a desperate attempt to help his 76-year-old mother and five siblings who are among families he says are going without sufficient food, water and medical supplies in the area of Ganfouda.

Libya has been beset by violence and chaos since the ouster and death of longtime strongman Moammar Gadhafi in a 2011 civil war. The Benghazi neighbourhood of Ganfouda in particular has been besieged for months by Libyan army troops that answer to a powerful military commander.

Hamza has been calling on the Canadian government to speak out on what he calls a deteriorating situation, asking Ottawa to make a strong call for basic necessities to be allowed into Ganfouda and for the safe evacuation of besieged families through a neutral party, in accordance with international law.

Libya’s Ganfouda may be another Aleppo

He also wants to see Canada express that it cares about the well-being and whereabouts of civilians who were promised safe passage and left Ganfouda in January. He alleges some of those people were mistreated and detained.

Global Affairs Canada says “Canada supports free and unimpeded access for humanitarian assistance and for civilians who wish to leave to do so in safety.”

Spokesman Austin Jean says Canada is “deeply concerned” with the ongoing armed conflict in Libya and its humanitarian impact on civilians, including in the district of Ganfouda.

But Hamza says Canada can say and do more.

“I found nothing happening. I said I have to make a move,” said the 50-year-old. “I made this journey to Turkey to make myself available with my family to take an action that saves lives.”

Hamza said he’s heard of civilians in Ganfouda having to resort to eating leaves and drinking rainwater as supplies run out.

He’s borrowed money and put the family SUV up for sale in order to have enough funds to provide 30 families with food, water and basic medication for at least 10 days.

He’s already met with a Turkish NGO known as the IHH Humanitarian Relief Foundation to discuss getting aid to Ganfouda and said they were trying to work with him.

“They said maybe we can cover your needs,” Hamza recounted. “I said ‘please, please, please contact Canada, tell them that a Canadian family is with you’ and maybe a co-ordinated effort will ease the permission to bring the aid (into Libya).”

Hamza is also seeking a meeting with the head of the United Nations Support Mission in Libya, who recently publicly expressed his concern about Ganfouda.

“Deeply worried by reports of families trapped in line of fire with no food and water in Ganfouda,” Martin Kobler said in a tweet on Wednesday, adding that he called for safe passage to be allowed to civilians who wished to leave.

Despite a UN-brokered peace deal reached a year ago, Libya remains divided between east and west, with no effective government and rival factions and militias — each side with backing from different foreign countries.