State budget officials on Tuesday will give state legislators a starting point from which to make spending decisions for the next two years.Released twice yearly, the state budget and economic forecast outlines economic and tax collection trends that together... 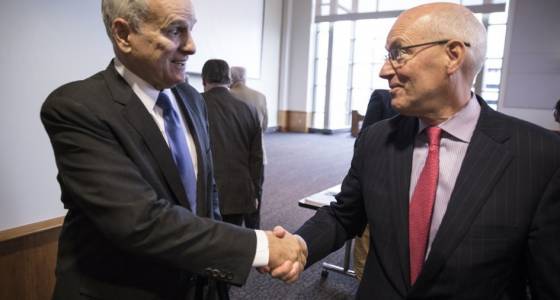 State budget officials on Tuesday will give state legislators a starting point from which to make spending decisions for the next two years.

In November, the Minnesota Management and Budget (MMB) office estimated the state’s budget surplus was $1.4 billion — in other words, that’s the amount by which tax collections will exceed projected spending. Gov. Mark Dayton based his budget proposal on that figure; legislators wait until the February forecast to set their own spending targets.

State economists have the unenviable task of trying to estimate years out how the state’s economy will perform. After all, it’s one thing for a weather forecaster to predict a snowstorm only to see it not materialize. It’s a whole other thing for an economist to predict a massive surplus only to see a swing toward deficit — which would in turn spark a budget dilemma state lawmakers would be forced to address.

One major question likely to come up as the forecast is released: How will the U.S. economy perform under President Donald Trump? But MMB Commissioner Myron Frans in December cautioned that the February forecast is unlikely to offer much clarity on that question.

In one bright spot, the U.S. economy has performed better than expected since the last forecast, Minnesota budget officials reported recently.