When shoe designer Vanessa Noel brought home two poodle puppies recently, she knew she had her hands full. Left to their own devices, the brothers would no doubt make short shrift of prized designs, not to mention the furnishings, in her Upper East Side home.“I’m... 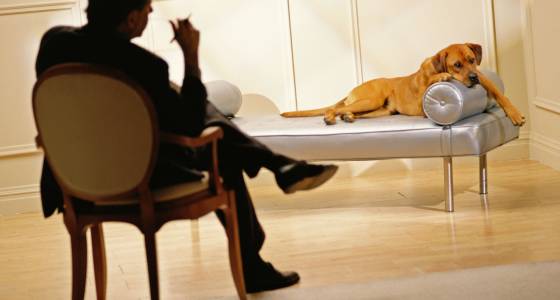 When shoe designer Vanessa Noel brought home two poodle puppies recently, she knew she had her hands full. Left to their own devices, the brothers would no doubt make short shrift of prized designs, not to mention the furnishings, in her Upper East Side home.

“I’m a terrible disciplinarian,’’ the 55-year-old said. “They’re divine little dogs, but they can’t be chewing on my shoes or alligator bags.’’

Her solution: Lexi Beermann, who whips puppies into well-mannered shape in one week of boot camp. The cost is a cool $4,600, with the option of adding ongoing maintenance for $8,000 per month. Beermann either moves into a dog owner’s home for the week, or brings the pups to live with her.

“I’m off to Jamaica for a week, and Lexi will live in my house and take care of Rasta and Reggae,’’ added Noel. “When I come back they shall have Park Avenue manners!’

As The Post reported last week, a report by the New York-based Conference Board predicted that dog walkers will be more in demand than elementary-school teachers in the next decade — presumably because millennials are more interested in having dogs than babies.

“The pet market has been transformed by humanization of pets,” David Sprinkle, the research director at MarketResearch.com, told the New York Times recently. “The term ‘pet parent’ has increasingly replaced ‘pet owner.’ ”

And boot camps aren’t the only human services NYC’s pampered pooches are enjoying. There are swim lessons, food-delivery services, chiropractors and shrinks. There is alcohol-free wine for dogs (Apollo Peak’s CharDogNay, $11.95 for 8 ounces, at Bushwick Bark in Brooklyn). You can even treat your canine to nail art that matches your own manicure.

“A lot of Frenchie owners are asking for vibrant colors or a little bling on their [dogs’] nails,’’ said Edward Alava, owner of the Dog Store. The Upper East Side grooming salon charges $30 for a pedicure, and $75 to have it done with rhinestones.

Many urbanites use prepared-meal delivery services these days, so it’s no surprise that the trend has spread to the furry set. Ollie, a 4-month-old company based in the city, delivers fresh food made with fit-for-humans-grade ingredients, such as beef, blueberries, spinach and chia seeds. Delivery costs $20 to $50 per week. “It mirrors the way [New York humans] want to eat,’’ said co-founder Gabby Slome, 30.

Rather than bring pets to a vet’s office to sit fearfully in a waiting room, some dog parents use Dr. Cindy Bressler, who makes house calls for $250 (about twice the cost of a traditional vet visit).

“My Pomeranian, Duke, must have eaten a pill or part of a joint on the beach in Bridgehampton, because she became unresponsive,’’ said Lori Page, 55, who lives on the Upper East Side. “Dr. Bressler rushed to the beach, took some blood, gave Duke an IV in the back of her car, and then Ubered an extra nurse in from the city. She saved him. Now I don’t even let him walk on the street.’’

Actress Carol Kane, who lives on the Upper West Side, keeps her dog pain-free with the help of Trish Dean, who charges $75 for a chiropractic visit and $100 for a massage. “She is treating my rescue, Johnny. After a session he is relaxed and able to move around more easily,’’ said Kane.

For dogs whose issues are more psychological than physical, Dr. Peter Borchelt is the go-to guy.

“I treat anxiety, aggression, fear and depression,’’ said the Brooklyn doc. “Most depression involves dogs being left alone, and is often associated with separation anxiety.’’ He charges $650 per case, which usually includes one visit as well as follow-up phone calls.

Even playtime can now be put in the hands of professionals. For $80, Doggie Day Trips will take your furry child on a hiking outing to Harriman State Park. Starting in the spring, the Dog Store’s summer camp brings them to the beach and provides swimming lessons. The cost is $150 per day — including chauffeured car service, of course.

But Beermann warned that training can be easily undone if dogs are allowed to turn into spoiled brats.

“I create a school, and all owners have to do is follow the guidelines. I always tell clients: The hardest part is to simply follow my instructions,” she said. “Spoiling happens because they are so cute.

“But dogs are like Gremlins — if you don’t stick to the rules, there is a little monster lurking inside every adorable puppy.”