Memories of a day that terrorized North Hollywood

On the last day of February in 1997, chaos erupted in the 6600 block of Laurel Canyon Boulevard in North Hollywood as two bandits tried to shoot their way through police after robbing a Bank of America branch.Myself, and then-colleague Jaxon Van Derbeken,... 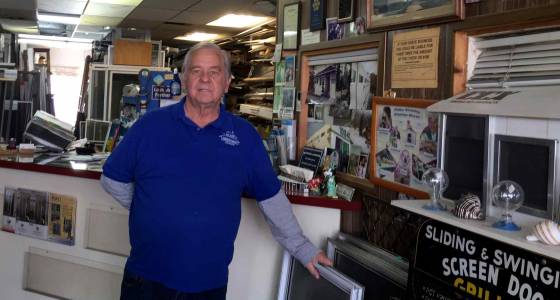 On the last day of February in 1997, chaos erupted in the 6600 block of Laurel Canyon Boulevard in North Hollywood as two bandits tried to shoot their way through police after robbing a Bank of America branch.

Myself, and then-colleague Jaxon Van Derbeken, ended up in the midst of a story that terrorized the East Valley for hours and went viral nationally. It would become known as the “North Hollywood Shootout.”

I was covering business and Van Derbeken had the cops beat. The job dictated that I got in earlier and, as usual, the televisions were tuned in to local news channels.

Shortly after 9:30 a.m. they all began broadcasting an unbelievable scene.

Two heavily armed men in body armor and firing assault rifles were in a pitch gun fight with Los Angeles Police Department officers, who were heavily out gunned.

“Wilcox, get over there,” an editor yelled.

It seemed like I made it from Woodland Hills to North Hollywood in record time. Police had sealed off the streets near the crime scene. But I was able to get past the police barriers and found a parking stop on Ben Avenue just south of Victory Boulevard about two blocks south of the bank and gun battle.

It was a chaotic scene, with streets blocked by police cars, fire trucks and TV and radio station vans. Authorities had closed Hollywood Freeway and streets in the community were jammed.

Most of the businesses in the area had been evacuated and people milled about several blocks away in places that had been deemed safe.

The bank is at the southeast corner of Laurel Canyon and Archwood Street and I ran north on Agnes Avenue then west on Kittridge Street to try get as close to the scene as possible.

I cobbled together some information and went looking for a pay phone to relay info back to the newsroom, since the cellular craze had not yet arrived. I knew there were pay phones at the strip mall across from the bank on Laurel, but because of the nearly 2,000 rounds fired and the bodies of the dead robbers, Emil Matasareanu, 27, and Larry Phillips, 31, were still at the scene, police would not let anyone go on the mall.

The area was swarming with what looked like several hundred police officers.

“It is nothing short of full-scale military battle facing this kind of thing,” said Bill Rehder, at the time the bank robbery coordinator for the FBI’s Los Angeles office, said during a briefing. “I’ve never seen anything like it. There hasn’t been anything like it.”

I went back up to Victory to find a phone but they were either broken or in use so I went into A-1 Home Improvement near where my car was parked and asked owner Rick Moran if I could use his phone and work out of the store.

He said yes, and he still remembers our visit 20 years later.

Today, the shop looks just like it did then, packed with screens, doors, glass panes, hardware and door grills.

“That was the day everything closed down. I knew you didn’t have a cell phone and needed a base. I wasn’t going to have any business, so I said come on in,” Moran recalled during a visit to his shop last week. “You did most of your work on the phone.”

He happened to listen to a police scanner while he worked and heard all the chatter about the siege while watching the scene unfold on his store’s television set.

“There was a wind blowing that day and I could smell gun smoke,” he recalled.

I called the city desk, dictated my notes and gave them the store’s address so Van Derbeken could find me and phone his stuff in.

The sound on the office televisions was off when the shooting started but some news crews at the scene had audio. They played it back for us and it was terrifying.

Van Derbeken and I thought the death toll would be in at least double figures.

Every time we left the store there was a sense of unease because police thought the two robbers, who had with five assault rifles, might have accomplices.

People in the area were visibly shaken, and they repeatedly asked me what had happened and how many people had been killed. Information traveled slower back then and we would not learn much until later that night.

At one point in the afternoon a SWAT team assembled behind a white parking structure on Agnes and Victory and began methodically moving toward a house where someone thought they saw a man hiding under a blue tarp.

Myself and a TV reporter followed behind, keeping an eye on the officers and looking for places to hide if shooting did break out.

But they didn’t find anything.

Turned out that the wind Moran mentioned earlier had been ruffling the tarp.

Van Derbeken and I got periodic updates from police throughout the day but did not see each other until about 9:30 p.m., when the LAPD held their last press conference of the day.

The toll: 11 wounded police officers and six civilians. The bad guys were the only ones killed.

Moran said he was closing the shop around 5 p.m. and the last call I made from there was to my wife.

She had seen me following the SWAT team on television and she was not happy.

“What were you thinking. You could have been shot. Don’t ever do that again,” she said.