The world’s most expensive telescope is parked for the moment in Greenbelt, Md., shrouded in a protective tent at the NASA Goddard Space Flight Center. In just two years, this long-delayed, $8 billion, cosmos-penetrating instrument is supposed to be... 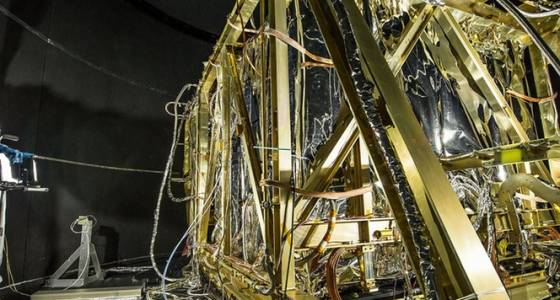 The world’s most expensive telescope is parked for the moment in Greenbelt, Md., shrouded in a protective tent at the NASA Goddard Space Flight Center. In just two years, this long-delayed, $8 billion, cosmos-penetrating instrument is supposed to be nearly a million miles from Earth.

If it works, the James Webb Space Telescope will collect the oldest light in the universe, emitted soon after the big bang, when the first stars lit up and the first galaxies began to form. It will study black holes lurking at the center of galaxies. It will scrutinize the light from planets around distant stars and look for atmospheres where life might exist.

But that’s only after an epic journey. The telescope first must be sealed in a climate-controlled container. Then, sometime in late March or early April, a truck will haul it slowly in the dead of night along a partly closed Capital Beltway. Arriving at Joint Base Andrews, the Webb should slide, barely, into the hold of a military transport plane.

Then comes a flight to Houston, to the NASA Johnson Space Center, where it will be tested in a vacuum chamber. From Houston it will be flown to Los Angeles, to a facility run by contractor Northrop Grumman, where it will be mated with its sunshield and navigational hardware.

Then comes a boat ride, one that will carry the telescope down the southwestern coast of North America and through the Panama Canal to French Guiana. That’s where, in October 2018, it will be blasted into space atop a European Ariane rocket — a quarter-century after the Webb was conceived.

What could go wrong?

“It’s wonderful and terrifying,” said astronomer Heidi Hammel of the Association of Universities for Research in Astronomy, one of six scientists guaranteed observing time with the instrument. “The terrifying part comes because we know that this is rocket science for real, we are taking our fabulous telescope — it’s a beautiful machine — and we’re going to put it on a rocket ship and light the fuse.”

John Mather, the senior project scientist, began working on the Webb in 1995. He and his team had to achieve a long list of innovations to get the Webb built — things like the gold-covered mirrors, the sunshield and the means of keeping everything very cold.

“No one had appreciated the difficulty of the test program,” he said this week.

Cost overruns led to battles in Congress, near-death experiences, recrimination and, finally, to a reconfigured budget and timetable. It devoured NASA money that might have gone to other endeavors and became known as the telescope that ate astronomy.