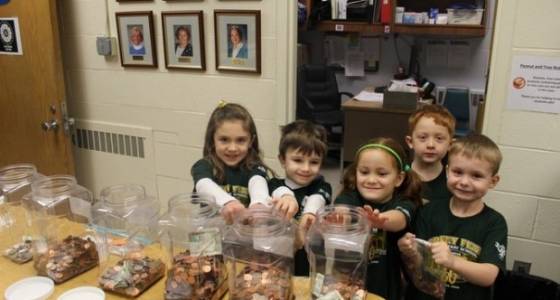 MEDINA, Ohio - The Medina High School Debate Team will be sending eight students to this year's state championship this month.

In April, the team will attend another national qualifying tournament involving a new event called "Big Questions Debate." Team members will debate on whether or not science leaves room for free will.

The Medina team has competed in six national championships since its founding 23 years ago. This year marks its 15th consecutive trip to the state championship.

The team has competed every weekend since October, except for Christmas Eve and New Year's Eve. Topics change every week for Congressional Debate, every month for Public Forum and every two months for Lincoln Douglas Debate.

The Medina High School Debate Team is gearing up for a busy spring of state and national tournaments, starting with this weekend's trip to the state championship in Columbus.Photo Courtesy of Medina City Schools

The team made its third trip to Georgetown University in September, with students finishing in seven of the top 10 spots in Congressional Debate, including champion. They also won the championship in the novice division of Public Forum Debate.

Twenty-six of the 48 team members traveled to Princeton University in December, where they competed against teams from six countries and finished in the top five in Lincoln Douglas Debate for the fourth year in a row.

Most recently, the team competed at the Eastern Ohio NSDA Championships, earning a first alternate to nationals in Lincoln Douglas Debate. The Eastern Ohio District is the eighth-largest district in the nation.

Mayor Dennis Hanwell as the guest speaker, reminding students to always be respectful and to treat each other how they would want to be treated.

The awards are based on the principles of "The 7 Habits of Happy Kids." This quarter's winners are:

* Habit 5: Seek First to Understand, Then to be Understood - Taylor Puchmeyer

Nathan Angus, a fifth-grader at Medina's Ralph E. Waite Elementary School, is the winner of this year's Run.4.Fun T-shirt contest. He is shown here with his winning design and his parents and grandmother.Photo Courtesy of Medina City Schools

Nathan Angus, a fifth-grader at Ralph E. Waite Elementary School, is the winner of this year's Run.4.Fun T-shirt contest.

He was honored in a surprise presentation Feb. 23 when Superintendent Aaron Sable and Craig Welsh, president of the Medina City Schools Foundation, announced his award in front of his class.

Nathan's winning design will grace the front of this year's event T-shirts, which will be worn by registered participants in the May 5 race. It features a swarm of bees chasing a runner.

The event attracts more than 1,000 runners of all ages, with proceeds going to support the foundation's programs and services for students and staff of the Medina City Schools.

For more information, contact Welsh at Welsh.cdw@gmail.com or Patrick Quallich at quallichp@gmail.com.

The grade levels competed against each other, with students bringing in their loose change by the handful and from pockets and buckets.

By the end of the week, they had collected more than $1,000. The third grade raised the most, earning an ice cream party.

Collin Kiousis, a former Fenn student and a 2015 Medina High School graduate, started the foundation while he was fighting a rare form of colon cancer. He died on Jan. 5.