Marion Javits, the widow of Sen. Jacob Javits, a fixture of the city’s arts and charity scene and an actress who famously had an affair with Geraldo Rivera, was found dead in her Upper East Side apartment early Tuesday, police sources said.She was 92.A... 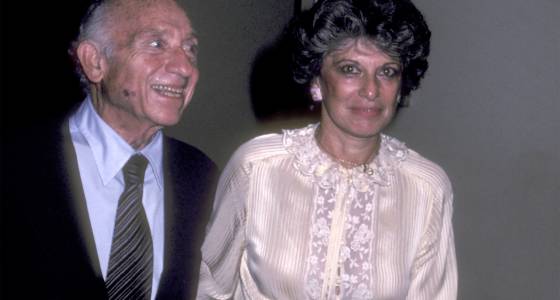 Marion Javits, the widow of Sen. Jacob Javits, a fixture of the city’s arts and charity scene and an actress who famously had an affair with Geraldo Rivera, was found dead in her Upper East Side apartment early Tuesday, police sources said.

Rivera, the former talk show host, revealed his relationship with Marion Javits in his autobiography, “Exposing Myself,” that was published in 1991.

Marion Javits, who married the senator in 1947, his first year in Congress, once said she was his “mistress” and “his work is his wife.”

Soon after they married, she remained behind in Manhattan while her liberal Democrat husband spent weekdays in Washington, DC.

The senator wrote that early on, “work and world affairs were on a collision course with marriage.”

“Increasingly, my world became one of politics and government, and she turned to the artistic and intellectual side of life, which she felt she could find best in New York. … Slowly, with enduring mutual respect and loyalty, but not without some pain on both sides, we began to work out the modus vivendi of separate interests — two lives interacting and intersecting but not congruent — that characterizes our marriage to this day.”

Asked about their political marriage, Marion Javits said in a People magazine interview in 1974 that you can’t take “too seriously what other people are saying.”

Marion Javits, who was born in Detroit, Mich., appeared on “The Ed Sullivan Show” and “The Tonight Show with Johnny Carson.”

She also had a role in the 1960 movie “Who Was That Lady?” starring Tony Curtis and Dean Martin.

Jacob Javits died in March 1986. They are survived by three children.