Man sentenced to 37 months in prison for bank robbery spree

CAMDEN -- A West Deptford man who robbed six banks at gunpoint in 2015 was sentenced to 37 months in prison on Monday. Michael Fanelli, 37, of West Deptford Township.  Michael A. Fanelli (aka Michael Carducci), 37, admitted in federal court... 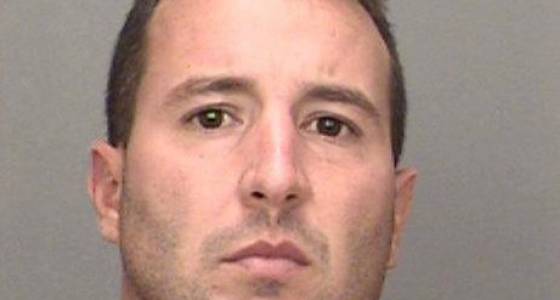 CAMDEN -- A West Deptford man who robbed six banks at gunpoint in 2015 was sentenced to 37 months in prison on Monday.


Michael A. Fanelli (aka Michael Carducci), 37, admitted in federal court to robbing banks in West Deptford, Mullica Hill, Florence and Concordville, Pennsylvania, between June and September 2015.

He robbed the same Susquehanna Bank branch in Mullica Hill on two occasions.

Police released security camera images and video following several of the robberies, in which Fanelli entered the banks waving a black handgun and demanding money.

No injuries were reported in any of the incidents.

Police ended his spree after he robbed National Penn Bank in Florence on Sept. 24.

Officers followed him from that scene to his Gloucester County home, where he was arrested after he barricaded himself in the home for several hours, authorities said at the time.