A man who was followed by a security guard in a Calgary Wal-Mart, and posted a video of it on Facebook, says he believes he was racially profiled while shopping.In the video, Jean Ventose, a University of Calgary student, says the security guard started following... 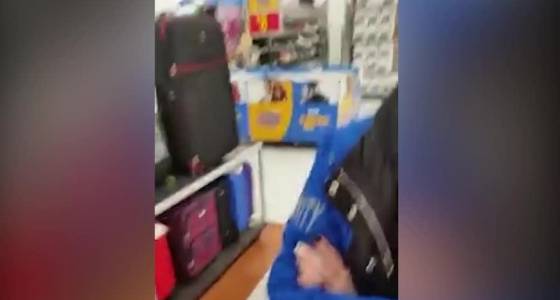 A man who was followed by a security guard in a Calgary Wal-Mart, and posted a video of it on Facebook, says he believes he was racially profiled while shopping.

In the video, Jean Ventose, a University of Calgary student, says the security guard started following him while he was buying headphones from the electronics section of the store.

“Why were you standing there pretending you were going to buy headphones? Why don’t you follow somebody else who’s going to steal something?” Ventose says to the guard in the video.

The video, posted to Ventose’s Facebook page Thursday morning, bears the caption “Here is how I started my morning.” The video has received more than a million views and 10,000 reactions in two days.

At the beginning of the video, the security guard tells Ventose he can’t take her picture because it’s against policy. “It’s illegal,” she says, holding her hand up to block the lens. The guard wordlessly follows behind him for most of the four-minute video.

Ventose is eventually able to speak to a store manager, who tells him he can shop freely in the store.

Ventose, who is black, mentions race at one point in the video, saying: “You see a black person with dreads and you feel some type of way.”

Alex Roberton, Wal-Mart’s senior director of corporate affairs, said in an email to the Star that “respect is a core value at Walmart. We are taking the matter seriously and will discuss it with our customer.”

Thousands of Facebook users have commented on the video since it was posted. Those who commented were split on whether the guard was in the right or wrong, but many of the commenters were in support of Ventose.

Ventose updated his Facebook status on Saturday afternoon thanking people for their support.

“I want to thank everyone who has reached out and supported me, it’s overwhelming to see the amount of people defending me. … This is the Canada I know.”