A man has been robbing people as they wait at bus stops, some of them with their wallets in their hands, in several West Side neighborhoods in February, according to police.In two robberies, the man approached people waiting at bus stops and took items from... 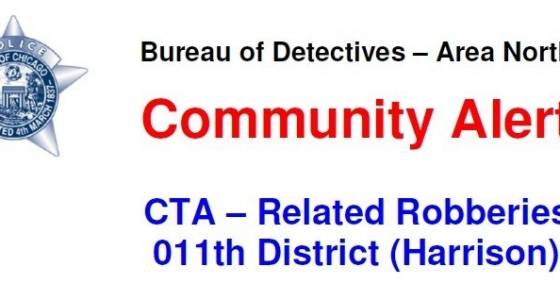 A man has been robbing people as they wait at bus stops, some of them with their wallets in their hands, in several West Side neighborhoods in February, according to police.

In one robbery, the man fled in a gray van.

Anyone with information about the robberies is asked to call Area North detectives at 312-744-8263.