CaptionCloseTROY — A man is missing after he fell into the Poestenkill Gorge on Saturday afternoon, according to Troy police.Police received reports that the man was climbing up the rocks in the gorge behind the area of the Cookie Factory on Congress... 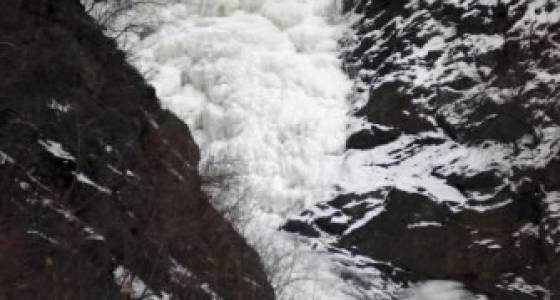 TROY — A man is missing after he fell into the Poestenkill Gorge on Saturday afternoon, according to Troy police.

Police received reports that the man was climbing up the rocks in the gorge behind the area of the Cookie Factory on Congress Street when he lost his grip and fell into the water, Capt. Dan DeWolf said in a news release. The man may have hit his head before he submerged and failed to resurface.

As night was falling, the water was too turbulent at this time for rescue divers, DeWolf said.

One person missing after fall at Troy's Poestenkill Gorge says mayor. Is likely a body recovery at this point pic.twitter.com/sn7v2xTs2K