A man was found dead of a suspected overdose in an exclusive members-only Lower East Side club, police sources said Saturday.The 31-year-old victim was discovered Friday night inside a third-floor bathroom at Ludlow House at around 11:10 p.m. He was in “a... 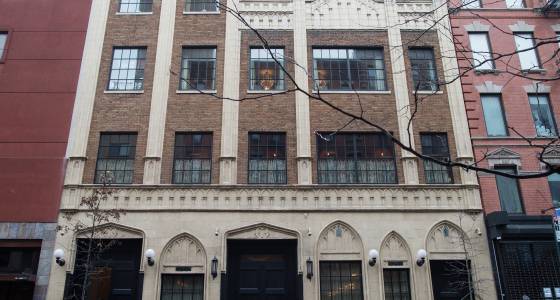 A man was found dead of a suspected overdose in an exclusive members-only Lower East Side club, police sources said Saturday.

The 31-year-old victim was discovered Friday night inside a third-floor bathroom at Ludlow House at around 11:10 p.m. He was in “a fetal position” in a bathroom stall with a needle in his hand, according to police sources.

The man’s name was not released Saturday, as authorities sought to notify his family.

EMS workers could not revive the man at the scene; the city Medical Examiner’s Office will determine the official cause of death, police sources said.

The four-story Ludlow House is located near Rivington Street inside a former gold-leaf factory and funeral home. Open for just under a year, it is one of the many outposts of the exclusive British club Soho House.

Memberships are screened to favor applicants who work in the arts, including film, fashion, advertising, music and the media, according to the Soho House Web site.

“Unlike other members clubs, which often focus on wealth and status, we aim to assemble communities of members that have something in common: namely, a creative soul,” the site says.

Members pay anywhere from $1,050 for limited access to Ludlow House, up to $3,200 for access to all the Soho Houses. At least two existing members have to provide recommendations.

The bathroom where the man was found is near a lounge and performance space, featuring plush, upholstered couches and ceiling-high windows.