Man charged with shooting at Chicago officer on Southwest Side

A 22-year-old gang member shot at a Chicago police officer Friday after the officer responded to a call of a person flashing a gun in a Brighton Park neighborhood liquor store, prosecutors said.Nau Carranza, a self-admitted Two-Six gang member, stood silent... 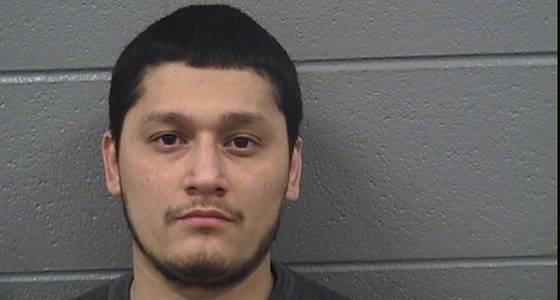 A 22-year-old gang member shot at a Chicago police officer Friday after the officer responded to a call of a person flashing a gun in a Brighton Park neighborhood liquor store, prosecutors said.

Nau Carranza, a self-admitted Two-Six gang member, stood silent before Cook County Judge James Brown as prosecutors detailed the circumstances of his arrest on Friday on charges of attempted murder and aggravated discharge of a firearm.

Around 5 p.m. Friday, police were called to a liquor store in the 3800 block of South Albany Avenue in Brighton Park for reports of a person with a gun, according to assistant state’s attorney Oscar Garcia. Inside the liquor store, Carranza, who was with several other people, was showing a handgun and harassing customers, Garcia said.

When a police spotted several people who matched the description of the suspects, he began to follow them. Without Carranza, the four other suspects walked into the middle of the street where they flashed gang signs at the plainclothes officer.

Carranza “then pulled a gun from his pocket and aimed at officer and at his vehicle,” Garcia said. “As the officer began to drive away, he heard a single gunshot (fired in) his direction.”

Minutes later, additional officers responded to the area and found Carranza in the threshold of a mechanic’s garage, Garcia said. Police found a box with a blue steel, .44-caliber revolver with four rounds and a spent shell casing, according to prosecutors and court records.
Carranza, of the 2900 block of West 38 th St made admissions to law enforcement, which were corroborated by witnesses, Garcia said. The shooting was also captured on video.