Man charged in rape, assault of woman walking with child in Highland Park

Brandon Cox, 23, of Franklin Township(Courtesy of the Middlesex County Prosecutor's Office)  HIGHLAND PARK -- A 23-year-old man has been charged with beating and sexually assaulting a borough woman at gunpoint earlier this month. Brandon Cox, 23, of... 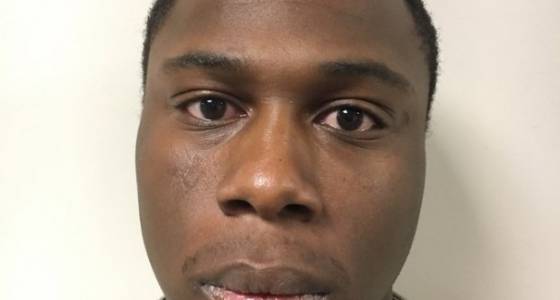 HIGHLAND PARK -- A 23-year-old man has been charged with beating and sexually assaulting a borough woman at gunpoint earlier this month.

Brandon Cox, 23, of the Somerset section of Franklin Township, has been charged with kidnapping, attempted murder, aggravated sexual assault; armed robbery; endangering the welfare of a child; and related charges in the alleged attack of the woman on Harper Avenue in Highland Park, according to a statement from the Middlesex County Prosecutor's Office.

Cox was arrested last week on an unrelated matter and later charged in the attack, according to officials.

At around 5:30 p.m. on Feb. 19, Cox allegedly approached the 36-year-old woman, who was walking with her child, with a weapon and then "forced her into the basement of a nearby apartment building, sexually assaulted her and repeatedly punched her before fleeing," the statement said.

Authorities responded to the scene after a resident of Harper Avenue called police "after the victim ran to the neighbor's home following the attack," according to the statement.

The woman was taken to Robert Wood Johnson University Hospital in New Brunswick, where she had been listed in stable condition, according to officials.

The investigation remains ongoing. Anyone with information can contact the Highland Park Police Department at 723-572-3800, or the Middlesex County Prosecutor's Office at 732-745-4401.