Trying to “catch ‘em all” led a Pokémon-loving retiree to suffer a fatal heart attack.Liang Weiming, 67, collapsed just moments after catching the rare digital monster “Lapras” while out playing Pokémon Go in Singapore Sunday, according to local... 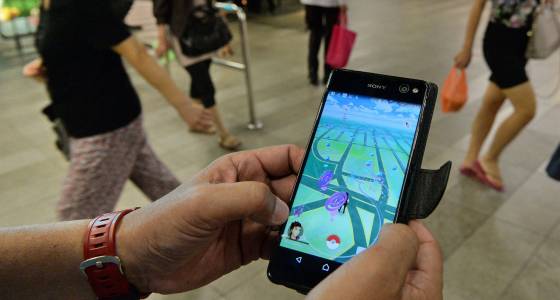 Trying to “catch ‘em all” led a Pokémon-loving retiree to suffer a fatal heart attack.

Weiming was scurrying around the iconic Marina Bay Sands hotel in his hunt for Pokémon after having a birthday dinner for a family member when he suddenly fell ill, Asia One reported.

A review of Weiming’s cellphone revealed that he had managed to capture the rare ice creature as well as the legendary monster “Granbull” just before he went into cardiac arrest.

The gamer’s devastated wife, Chen Ma Li, 66, told reporters, “There was a sudden call from the hospital after 6 p.m.,” the Lianhe Wanbao newspaper reported.

“[Medical staff] told us to come see him one last time. At that moment, I knew things were bad,” said Li, who added that her husband had a history of heart disease.

The Singapore Civil Defence Force said in a statement that paramedics rushed Weiming to Singapore General Hospital at around 5:30 p.m. and he died shortly after.

Weiming was an avid player of the mobile game, which uses a cellphone’s camera and GPS functions to virtually populate real-world locations with the digital creatures.

He had captured more than 200 kinds of Pokémon and was at the high Level 28 in the game that has taken the world by storm since it was released last year, according to Asia One.