LAKEWOOD - A 28-year-old Brooklyn, N.Y., man was arrested Saturday after police say he punched his friend and then stole her cell phone.  Gerard Keller, 28, of Brooklyn, N.Y. (Ocean County Jail)  Police responded to the railroad tracks near... 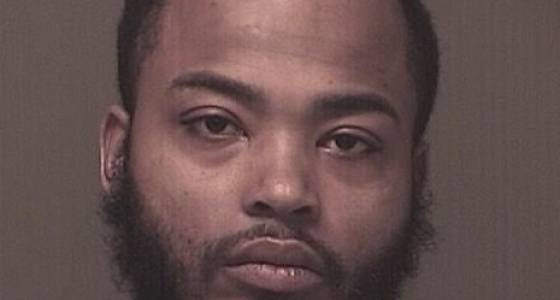 LAKEWOOD - A 28-year-old Brooklyn, N.Y., man was arrested Saturday after police say he punched his friend and then stole her cell phone.

Police responded to the railroad tracks near Cedarbridge Avenue around 4 p.m. where they found a 51-year-old township woman who had just been robbed, police said.

The woman told responding officers that she was punched in the face by a friend, Gerard Keller, after they had an argument about the money she allegedly owed him, police said.

Keller punched the victim in her right eye and then stole her cell phone, police said. Keller was still near the scene when officers arrived, and had the cell phone with him, police said.

He was arrested and charged with robbery and theft, police said. Keller was taken to the Ocean County Jail where he remained as of Thursday morning.