KUALA LUMPUR, Malaysia — Sometime in the hours after poisoning the half brother of North Korea's leader, one of his two attackers began to vomit, Malaysian police said Friday. It was apparently an early indication of the immensely powerful toxin that was... 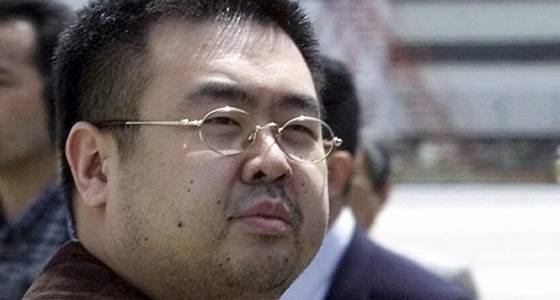 KUALA LUMPUR, Malaysia — Sometime in the hours after poisoning the half brother of North Korea's leader, one of his two attackers began to vomit, Malaysian police said Friday. It was apparently an early indication of the immensely powerful toxin that was used in the killing: the chemical warfare agent VX.

The oily poison was almost certainly produced in a sophisticated state weapons laboratory, experts say, and is banned under international treaties. North Korea, a prime suspect in the case, never signed that treaty, and has spent decades developing a complex chemical weapons program that has long worried the international community.

"This is not something you make in a kitchen lab. You'd kill yourself if you did," said Bruce Bennet, a defense expert with the RAND Corporation who has studied North Korea.

The public poisoning of Kim Jong Nam, which took place amid crowds of travelers in the budget terminal at Kuala Lumpur's airport, has boosted speculation that North Korea dispatched killers to assassinate its leader's older brother, who, though not an obvious political threat, may have been seen as a potential rival in the country's dynastic dictatorship.

While Malaysia hasn't directly accused the North Korean government of being behind the attack, officials said earlier this week that four North Korean men provided the women with poison. The four fled Malaysia shortly after the killing, police say.

South Korean intelligence officials have accused North Korea of being behind the attack, saying Kim Jong Nam had been on a government hit list for years. North Korea denies any role in the murder and says Malaysia's investigation is biased and full of holes. But since taking power in late 2011, North Korean ruler Kim Jong Un has executed or purged a number of high-level government officials, including his uncle.

VX is an extremely powerful poison, with an amount no larger than a few grains of salt enough to kill. An odorless chemical, it can be inhaled, swallowed or absorbed through the skin. Then, in anywhere from a few seconds to a few hours, it can cause a range of symptoms, from blurred vision to a headache. Enough exposure leads to convulsions, paralysis, respiratory failure and death.

It has the consistency of motor oil and can take days or even weeks to evaporate. It could have contaminated anywhere Kim was afterward, including medical facilities and the ambulance he was transported in, experts say.

"It's a very toxic nerve agent. Very, very toxic," said Dr. Bruce Goldberger, a leading toxicologist who heads the forensic medicine division at the University of Florida. He said an antidote can be administered by injection. U.S. medics and military personnel carried kits with the antidote on the battlefield during the Iraq war in case they were exposed to the chemical weapon.

"I'm intrigued that these two alleged assassins suffered no ill effect from exposure to VX," he said. "It is possible that both of these women were given the antidote."

With authorities acknowledging they had not decontaminated the airport after the killing, the case also has raised questions about public safety — although there has been no sign that anyone except the alleged attacker has fallen ill.

News that a deadly nerve agent killed Kim Jong Nam was an astonishing break in a case of murder and geopolitical intrigue.

Kim, who was in his mid-40s and had lived abroad for years, was estranged from his younger brother, Kim Jong Un. The elder Kim was reportedly pushed aside by his stepmother, than completely fell out of favor when he was caught trying to enter Japan on a false passport in 2001, saying he wanted to visit Tokyo Disneyland. While he is believed to have kept out of politics, he has given brief interviews criticizing dynastic succession in North Korea.

In the airport attack , a series of grainy images taken by security cameras show two women — identified by police as an Indonesian and a Vietnamese — rub something on Kim's face before swiftly walking away in opposite directions. Malaysian national police chief Khalid Abu Bakar said the women had been trained to go straight to washrooms and clean their hands afterward. But he told reporters that one of the women — he declined to say which one — had gotten sick and began vomiting in the aftermath of the attack.

The security video shows Kim, who appeared unhurt in the first minutes after the attack, gesturing to his face as he spoke to airport employees and security guards. They escorted him to the airport's medical clinic. He died soon afterward, suffering seizures as an ambulance took him to a nearby hospital.

VX was detected on Kim's eyes and face, Khalid said in a statement, citing a preliminary analysis from the country's Center of Chemical Weapons Analysis.

"Our preliminary finding of the chemical that caused the death of Kim Chol was VX nerve," he said. While Khalid used the name Kim Chol — which was on the North Korean diplomatic passport he was carrying — Malaysian officials have said it was actually Kim Jong Nam.

Asked if people should avoid the airport, Khalid said: "No. No. No. But I don't know. I am not the expert." He said experts would decontaminate the airport to ensure its safety.

But hours after Khalid's comments, there was still no sign that any decontamination was taking place. Hundreds of people were casually walking through the terminal where Kim was standing when he was attacked.

The two alleged attackers are in custody, along with a North Korean man believed to be an information technology worker at a Malaysian herbal supplements company. Police are looking for at least seven other North Koreans, including the second secretary of North Korea's embassy in Kuala Lumpur.

Using foreign women to carry out an attack would seem to be a departure for North Korea, though it is known to have used women in high-profile attacks before.

The most famous is Kim Hyun Hee, a young North Korean woman who was paired with an older agent to place a bomb on a Korean Air flight in 1987 that killed 115 people. Kim carried a Japanese passport and had been carefully trained in Japanese language and culture, allegedly by Japanese citizens abducted to North Korea by its agents.

Both were captured but the man killed himself by biting into a cyanide-tipped cigarette. Kim's suicide attempt failed, and she was sent to South Korea for trial, sentenced to die and later pardoned.