VICTORIA—A series of small earthquakes off Vancouver Island in recent days likely aren’t a precursor of bigger shake ups to come, but are a reminder of the complex geological zones along coastal British Columbia, says a federal seismologist.The... 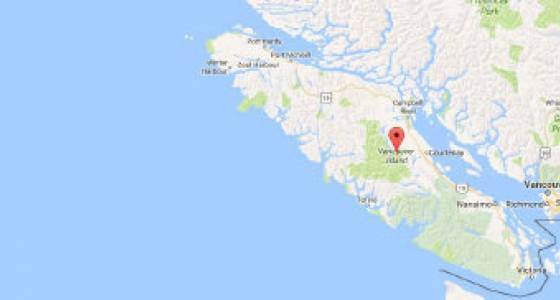 VICTORIA—A series of small earthquakes off Vancouver Island in recent days likely aren’t a precursor of bigger shake ups to come, but are a reminder of the complex geological zones along coastal British Columbia, says a federal seismologist.

The U.S. Geological Survey reported a magnitude 4.9 quake occurred Friday morning off Vancouver Island, while a 4.2 quake was recorded on the Olympic Peninsula in Washington state on Thursday.

Wednesday, there was a 4.4 temblor off western Vancouver Island and a 4.2 quake in Washington State, southwest of Seattle.

“That area has already been known to us to be very seismically active,” Honn Kao, a Natural Resources Canada research scientist, said Friday. “Having earthquakes in that particular location is not very much of a surprise to us. What happens at that place is it is a tectonically very complicated region.”

There were no reports of damage or injury in any of the recent earthquakes.

On average, Kao said there’s an earthquake in the same area every few days, but they are much too small to feel.

In 2014, there was a 6.4 magnitude quake in Nootka Sound on the central west coast of Vancouver Island and Kao said residents reported feeling motion like they were on a swing.

He said Friday’s quake was in the Pacific Ocean, 158 kilometres southwest of Port Hardy on Vancouver Island, in an earthquake zone where three geological plates meet.

The movements of the North American, Juan de Fuca and Explorer plates result in regular earthquakes, he said.

Kao said it is not likely the recent earthquakes are connected to each other, noting the distances between them are too great.

Seismologists predict the movements of the Juan de Fuca and North American plates will one day result in a major earthquake on much of the West Coast, including Vancouver Island. But Kao said these quakes likely aren’t a sign of stronger shaking to come.

“At this moment we really do not have enough knowledge to predict how the big one can happen and when it is going to happen,” he said.

Kao said he agrees with the forecasts of seismologists who say the odds of the major earthquake and tsunami hitting the West Coast within the next 50 years are one-in-10.

The last major mega-thrust earthquake to occur off Vancouver Island struck more than 300 years ago on Jan. 26, 1700.

Seismologists say the magnitude 9 earthquake caused violent shaking for several minutes, followed by a tsunami wave that destroyed much of the western side of Vancouver Island.

About nine hours later, a tsunami the height of a four-storey building hit the Japanese coast on Jan. 27, 1700, destroying all in its path.

“Every earthquake is an example of why we as British Columbians need to be prepared,” she said. “Certainly, it’s a trigger for us to go through our plan and our kit. Just this morning before I left for work, my partner was going through our kit, again.”