CLEVELAND, Ohio -- Conference tournaments are coming fast, but there's still a lot going on in the Mid-American Conference with three games left. The question now is can Kent State keep climbing its mountain, or did the Golden Flashes fall too far back to... 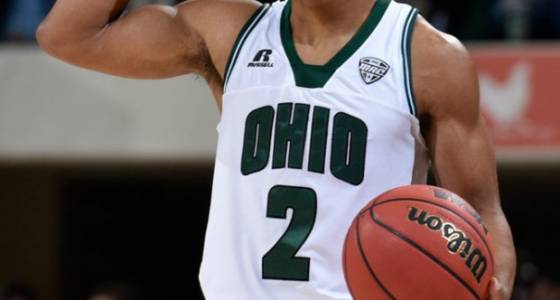 CLEVELAND, Ohio -- Conference tournaments are coming fast, but there's still a lot going on in the Mid-American Conference with three games left. The question now is can Kent State keep climbing its mountain, or did the Golden Flashes fall too far back to get a coveted top four seed to the MAC Tournament.

Kent (16-12, 8-7) has won three straight to turn its season around, including back-to-back road games over league-leading Akron and defending MAC Tournament champion Buffalo. But the Flashes are off the pace for a top four seed and have more of the MAC's "Murderers Row" to contend with as No. 2 Ohio University visits the M.A.C. Center at 7 p.m. Saturday.

It has come full circle for the preseason MAC favorite Bobcats. Strong at the start, they were expected to struggle after the mid-season loss of 2016 Player of the Year Antonio Campbell (foot).

But OU (18-8, 10-5) is not only back in the title picture, but is now the favorite to win the upcoming MAC Tournament, thanks to their latest Player of the Year candidate, junior point guard Jaaron Simmons.

Stuck in the yearly morass of MAC tiebreakers, the only way the Flashes can help themselves to at least host a first-round MAC Tournament game is to keep winning.

The Bobcats played three of their last four on the road and won all three. Kent has been far from strong at home, losing four home MAC games already this season, including three in overtime.

As the standings look now, the Vikings will have a first-round game 5:30 p.m., likely against Detroit Mercy, March 3-7, with the winner advancing to play No. 2 seed, likely Oakland, March 4.

The bad news for the Vikings, even with the tournament games at Joe Louis Arena, is both Detroit and Oakland by proximity are 'home' teams. The good news for CSU is the Vikings beat both teams during the regular season, with the Oakland win coming on the road.