Louisville's City Council on Tuesday night passed an amendment to a mixed-use development that will seek to add further growth near the city's core.The amendment, which was approved on second reading, includes 38 residential units and 40,000 square feet... 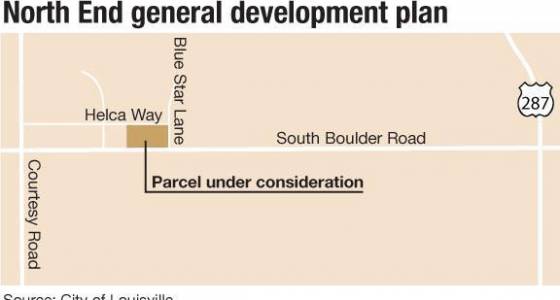 Louisville's City Council on Tuesday night passed an amendment to a mixed-use development that will seek to add further growth near the city's core.

The amendment, which was approved on second reading, includes 38 residential units and 40,000 square feet of retail and office space atop roughly 4.5 acres. It marks the latest update to the long-slated North End General Development Plan.