Famagusta 6°
clear sky
BUSINESS EDUCATION ENTERTAINMENT HEALTH POLITICS SCIENCE SPORTS TECHNOLOGY
10:22 Four Benefits of Hiring a Dedicated Development Team
04:48 Mark Kelly, President of Safety Marking Inc., Discusses Structuring Effective...
17:58 Trump wants to play golf at the Biden swearing-in in Scotland - but is...
17:54 First doubts Regarding tightened Steps: two National Countries Extract...
10:39 Covid-19 : in France, the end of containment and entry into force of the...
04:34 The schools of Rome will use the Internet with light bulbs: what it is...
10:58 Kratom Tea: How Is It?
11:46 Office Furniture Products for you!
12:17 Top Clubs, Their Value, Revenue And Current Standings
11:14 Reasons Why Rewarding Yourself is a Good Practice
BIST
1569
GOLD
446.469
USD
7.3962
GPB
10.1508
EUR
8.9568
Breaking News
Planning to quit smoking? Vaping can be a great alternative!
Close

LAKEWOOD, Ohio - There's little Lou McClung can't do. He's a makeup artist and creator of a luxurious line of makeup in Lakewood called Lusso Cosmetics. He's a photographer, scientist with a sophisticated eye for subtle color, a builder, a renovator and... 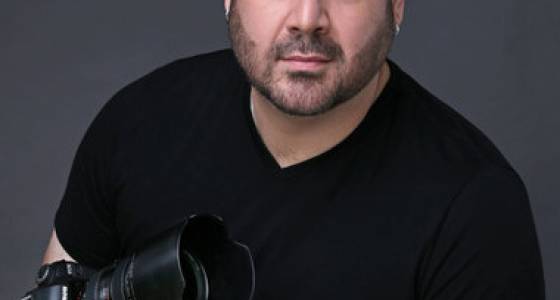 He's a makeup artist and creator of a luxurious line of makeup in Lakewood called Lusso Cosmetics. He's a photographer, scientist with a sophisticated eye for subtle color, a builder, a renovator and a restorer of divine statues, a museum curator and a handyman.

McClung, now 45, began his career early on. He was exposed to photography and chemistry at St. Joseph High School in Cleveland. He hated chemistry, but knew he loved photography.

During high school, he worked at a studio where he printed portraits in the darkroom. On weekends, he got paid 50 cents per couple posing students for their school dance portraits.

His next job landed him in the commercial photography studio of longtime Cleveland photographer Tim Ryan.

"He was so kind to me. He's very talented and taught me fine skills on very old equipment," says McClung. "When you learn like that, you really learn the basics of how photography works. I discovered light and color temperatures and that's crucial to what I do now in makeup and restoration."

Next, he found a job at The May Co., working in the fashion studio. He left to open his own studio about a year before May Co. closed. McClung said he bought at auction as much of the photography and darkroom equipment from May Co. as he could.

McClung discovered that his training in color, highlight and shadow led him to improve his portraits by having better makeup on his subjects. He started working with cosmetics and says that he fell in love with it.

Focusing on what he loved became McClung's goal, and for the past 18 years he's been doing just that.

He started Lusso Cosmetics, in the Birdtown neighborhood, by selling private label cosmetics.

"That's where companies produce it for you and you put your brand or label on it," he says, "The practice is done with many consumer products including wine, food, clothing and even televisions."

He began manufacturing his own line of cosmetics with lip gloss about 10 years ago. After five years, he moved on to the more difficult products such as pressed powders and foundations.

He moved his company to its current location on the corner of Madison and Halstead avenues seven years ago when he bought the shuttered St. Hedwig Church parish including the old school building.

McClung did most of the renovation work himself with skills he learned during the slow times in the photo business.

"I worked with some really talented old craftsmen who showed me how to build and fix things," McClung said.

As for the little church, transformed it into the Museum of Divine Statues. It opened six years ago, and is full of statues, artifacts, relics, communion rails, baptistery gates, paintings, chalices, iron works and stained glass windows in an unexpectedly serene environment.

McClung restored most of the statues on display and is working on others as he develops plans to expand the museum. He has a workshop on site and does religious statue restorations for churches here and from around the country.

Learning all of this has been a journey for McClung. "When you are passionate about doing something, you'll learn how to do it," he tells everyone who asks. "I study the sciences involved in the process."

With such a full plate, McClung doesn't get much down time. He said the last time he took a real vacation was 1998. When he can get away, he enjoys seeing stand-up comedians and attending live theater.

This is the first story in a three-part series about Lou McClung, Lusso Cosmetics and the Museum of Divine Statues. See the links below.