CLEVELAND, Ohio – Strongsville has its new football coach. Lou Cirino resigned Monday from the same position at West Geauga to take the Mustangs post. The moves comes just a few weeks after Strongsville lost Larry Laird to Medina as part of this winter’s... 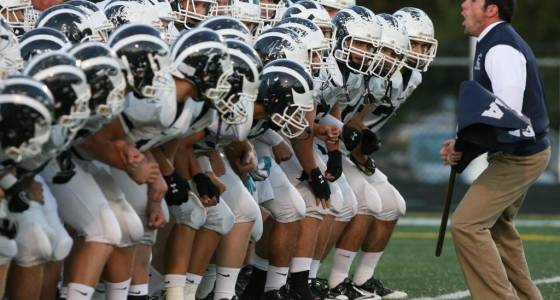 Lou Cirino resigned Monday from the same position at West Geauga to take the Mustangs post. The moves comes just a few weeks after Strongsville lost Larry Laird to Medina as part of this winter’s coaching carousel.

"Our goal was to move quickly but also do our due diligence," Jalwan said.

Cirino will be introduced to his new players Wednesday and later that night to the crowd attending the school's sectional boys basketball game vs. Midview.

Strongsville had "well over 70 applicants" in the two weeks the football job was posted, Jalwan said. The school had two rounds of interviews before deciding on Cirino. The school board met Tuesday morning to unanimously approve the hire.

Cirino is a West Geauga graduate and coached there seven seasons after being hired in 2010. He compiled a 46-28 record in that time, including a 6-4 finish last season despite returning just two starters.

In Strongsville, he takes the reins of a Division I program that finished 2-8 last year and competes in the Greater Cleveland Conference. The Mustangs have not reached the playoffs since 2008 under longtime coach Russ Jacques.

Cirino led West Geauga to the Division III playoffs and a Chagrin Valley Conference Chagrin Division championship in 2015. The Wolverines reached the playoffs three times in his seven seasons.

"I am extremely grateful for the trust that the school board and administration has placed in me to move Strongsville’s football program in the right direction,” Cirino said in a statement released by Strongsville.