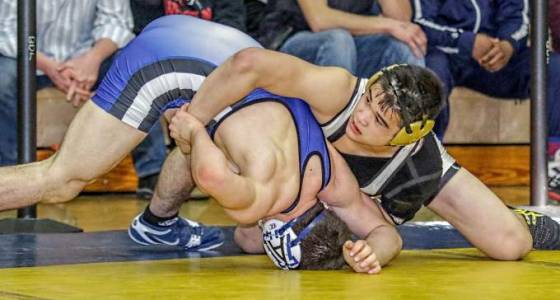 On the Wednesday before the section meet, Carnation got a visit from Byron Craighead, the retired head athletic trainer at Santa Rosa JC. Two of Windsor’s top wrestlers, 152-pounder Perez Perez and 145-pounder Luke Au-Yeung, were nursing injuries — Perez to his knee, Au-Yeung to his shoulder — and Craighead showed Carnation how to properly stabilize the joints, step by step. At the NCS championships, Carnation taped and re-taped the two kids three or four times over two days at James Logan High School in Union City.

And he picked up another customer. Cardinal Newman’s Jake Butler (132 pounds) saw what the coach was doing and asked if Carnation could tape his knee, too. Carnation obliged, and his technique must have been good. All three wrestlers qualified for the CIF state championships in Bakersfield this weekend.

Wrestlers from the Redwood Empire who will be competing this weekend at the CIF state championship meet at Bakersfield: