CLEVELAND, Ohio -- An old scam has caused new pain for a Lorain County man, who lost $1,500 after he was trying to sell some tires. Matt Willbond Jr. of Wellington got caught in an "overpayment scam" involving a bogus check, a type of fraud which hits Northeast... 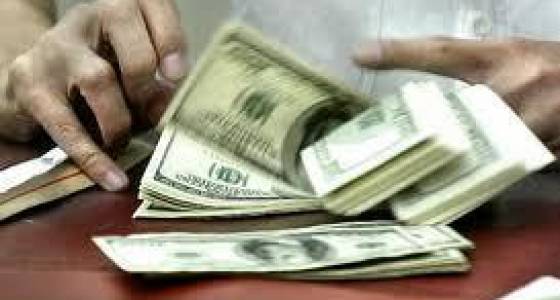 CLEVELAND, Ohio -- An old scam has caused new pain for a Lorain County man, who lost $1,500 after he was trying to sell some tires.

Matt Willbond Jr. of Wellington got caught in an "overpayment scam" involving a bogus check, a type of fraud which hits Northeast Ohio residents in some form every week, according to the Cleveland Better Business Bureau.

Willbond was trying to sell four tires he was given because the tires were the wrong size for his vehicle. He listed them for sale on Craigslist for $250. Within hours, he was contacted by email from a prospective buyer.

"The woman said, 'I'm injured. I'm not working. I need tires for my vehicle,'" Willbond said. "It just sounded really sincere and honest."

The woman at first was going to pick them up, them wanted to arrange for someone else to pick the tires up. She offered to pay him an extra $50 to hold the tires for her. She said she'd send a check. Willbond said his "gut instinct" was to say no, but he felt sorry for the woman. She said the woman was appreciative. "She said, 'Thank you very much, and God bless,'" he recalled.

When Willbond got a check in the mail, it wasn't for $300 -- it was for $1,800. The check was under the name of Gary Johnson Tire & Auto in Tulsa, Okla. Willbond looked up the business online; it was a real business and the address matched the check.

Willbond was told the extra $1,500 was for "the movers." He was told to wire the $1,500 through MoneyGram. So he deposited the check into his bank account and waited a few days to make sure it cleared. It did, and he wired the $1,500 to someone in Suwanee, Ga.

"I couldn't believe it," Willbond said.

Scams like these hit Greater Cleveland residents all too often, said Sue McConnell, president of the Cleveland Better Business Bureau.

Sometimes, the fraudulent check involves an online purchase or work-at-home opportunity. Sometimes it involves some contest or grant the person supposedly won but needs to pay fees or taxes.

"Anyone is vulnerable to being scammed because these scammers are good at what they do," McConnell said. "We are all vulnerable and sometimes are too trusting."

McConnell said the BBB hears from victims from all educational backgrounds, all ages, all socio-economic levels.

McConnell stressed that con artists know how to push our buttons and hook us in. It's all a matter of catching a victim on the right day under the right circumstances. If the day or situation were different, the person might suspect something is awry.


If you think you're being scammed:

Residents of Cuyahoga County also can contact the Cuyahoga County Consumer Affairs office at 216-443-7035 or go to http://consumeraffairs.cuyahogacounty.us/en-US/Consumer-Help.aspx

Scams involving fake checks or money orders hit the Midwest, roughly the Ohio-Indiana-Michigan region, more than any other part of the country, according to the BBB.

Willbond, who filed a report with the Lorain County sheriff's department, said he's hopeful the thief can be traced through surveillance video from the store where the wire transfer was retrieved.

For now, he's hoping his tale will help others avoid similar financial pain. He advises people selling something online to avoid using their personal email, deal with people you can talk to on the phone and only deal with a buyer you can meet in person.

The only small consolation: Willbond still has the tires, worth about $250. He hasn't decided how he's going to sell them, but it won't involve receiving a check.

Tips to protect yourself from a possible scam: