For those involved, the "kick off" of mental health first aid training in Longmont on Monday is a good thing that came out of two very bad things that happened in the city about two years ago. "This is an outgrowth of two fairly highly profile mental health... 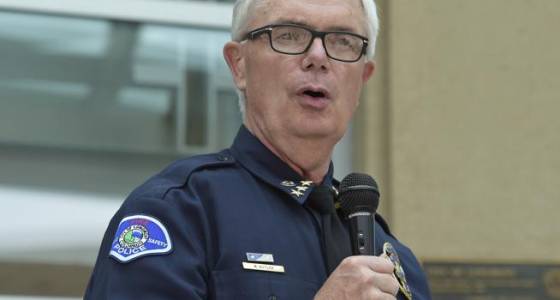 For those involved, the "kick off" of mental health first aid training in Longmont on Monday is a good thing that came out of two very bad things that happened in the city about two years ago.

"This is an outgrowth of two fairly highly profile mental health incidents that took place in 2015," said Adena Kling, manager of social work for Longmont United Hospital, where about 30 people will be trained on Monday.

She said that the spots for the training — which is a city project the hospital is involved with — filled up in a matter of days.

"The city very progressively and insightfully decided to have these community conversations on mental health," Kling said. "They had 10 over the course of a couple of months."

Two incidents in 2015 that happened less than 24 hours apart led to a citywide conversation regarding mental illness. In the first, 34-year-old Omar Martinez stabbed his father to death and stabbed his mother before taking his own life. In the second, then-34-year-old Dynel Lane attacked then-26-year-old Michelle Wilkins and cut out Wilkins' unborn baby, which did not survive.

Martinez was reported to have suffered from severe bipolar disorder, and although Lane's attorneys did not pursue an insanity defense, Longmont Public Safety Chief Mike Butler said during a televised press conference shortly after the incidents that both cases involved mental illness.

"It's a next step in the process of building awareness in our community regarding folks who are suffering from mental illness," Butler told the Times-Call, referring to the training on Monday.

He said the training is also one of several ways to get the "community to embrace this social issue in a different way that eliminates or works to eliminate the stigma.

"(It will) potentially create a place in our community for people suffering with mental or emotional health issues where they feel their voice counts," he said. I think this is a next step in the whole process."

Kling said that mental health first aid training will teach people how to recognize the signs of mental illness — be that mood disorders, anxiety, psychosis, etc. — and learn strategies to help people and know where to look for more professional help.

She said Longmont received a $200,000 grant from the Colorado Health Foundation to start the mental health initiatives, with a wider goal of having 2,000 people trained across the state in about two years.

The training also serves to address the stigma associated with mental illness that is not present in most physical ailments — and that can keep people from seeking help, Kling said.

"The tragedy of mental health issues is they can be terminal if not treated," she said. "But it's so responsive to treatment if they get the right help."