Markham is mourning the loss of former mayor Donald Cousens, praised by his peers for being a kind and dedicated leader.He died in hospital on Thursday at the age of 78.Cousens served as the municipality’s mayor for more than a decade from 1994 until... 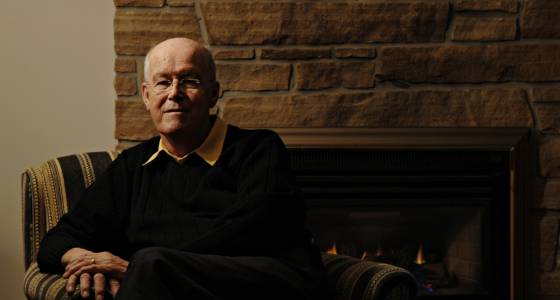 Markham is mourning the loss of former mayor Donald Cousens, praised by his peers for being a kind and dedicated leader.

He died in hospital on Thursday at the age of 78.

Cousens served as the municipality’s mayor for more than a decade from 1994 until 2006, following years working in provincial politics as a Conservative MPP for York Centre and Markham.

“I think he tried to connect people, connect the dots between people or organizations that needed something done with the people who could help get that done,” said Markham’s current mayor Frank Scarpitti who held the job both before and after Cousens did.

Scarpitti said he first met Cousens when he was working for local media and Cousens was at Queens Park — he had a few chances to interview him. “I would say he didn’t mind talking about issues, didn’t mind talking to people about his passion for certain things and what he wanted to see done,” Scarpitti recalled. He described Cousens as someone who was very committed to his community, in all the roles he served.

“Don will be remembered for his commitment to public service and genuine ability to lead change,” said York Region Chairman and CEO Wayne Emmerson, in an online statement posted on Friday. The statement said Cousens sat on York Regional Council for 12 years in a row and participated in a range of committees.

An online notice for Cousens described him as “a lifelong learner who embraced all of life’s adventures.” It said he “will be remembered for his keen mind, love for family and sense of humour.”

A statement from the municipality of Markham said that before getting into politics in the 70s, Cousens worked at Honeywell Ltd., in the Canadian Forces and was ordained as a minister at the Presbyterian Church.

A spokesperson from York Region District School Board said Cousens was a Trustee of the York County Board of Education (the predecessor of the current board) for almost a decade beginning in the early 1970s, and that he chaired the board in 1979.

Almost thirty years later, a school was named in his honour — Donald Cousens Public School opened in 2008 in Markham. The school board called his contributions to public service “significant.”

A spokesperson from World Vision Canada, a Christian development and advocacy group, said Cousens began serving on the organization’s board in 1998 and eventually became chair in 2005. He held that position for three years.

“What an incredible loss. He was such an amazing leader and incredible human being,” said Michael Messenger, World Vision Canada’s President and CEO, who knew Cousens from his time on the organization’s board.

Messenger noted that Cousens was serving as Markham’s mayor at the same time he was on World Vision’s board, and said he was able to “seamlessly” balance the two roles. “With Don, always that sense of quiet authority, dignity, incredible character that just attracts people to him,” he said.

Liberal MPP for Markham-Unionville, Michael Chan described Cousens as a “tireless advocate” for the people of Markham. “I think he is a very impactful person in terms of doing his job,” said Chan.

In 2006, then 67-year-old Cousens announced that he was in need of a kidney transplant, after the kidney he had received in 2002 from a good friend had failed.

Cousens’ family has asked that donations go to the Markham Stouffville Hospital Foundation, and expressed thanks to those who had provided medical care for Cousens.