Long-quiet Warren County Democrats to weigh in on governor race

For the first time in more than a decade, Democrats in Warren County are moving to endorse one of their party's candidates for governor of New Jersey. A nominating convention scheduled for Sunday is the county Democratic committee's first in about... 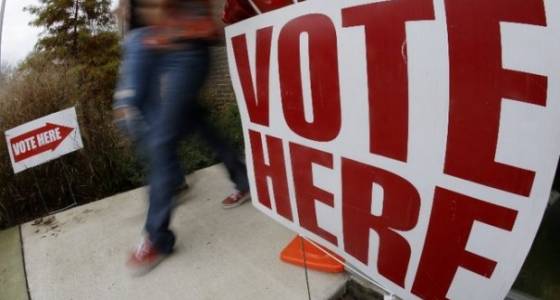 For the first time in more than a decade, Democrats in Warren County are moving to endorse one of their party's candidates for governor of New Jersey.

A nominating convention scheduled for Sunday is the county Democratic committee's first in about 15 years, according to Chairman Tom Palmieri.

The event, scheduled for 2:30 p.m. at the Washington Draught House on Route 31, will have four candidates in the crowded gubernatorial race: Bill Brennan, an activist and former Teaneck firefighter; Phil Murphy, a former banking executive and U.S. ambassador to Germany; John Wisniewski, a longtime member of the state Assembly; and Mark Zinna, president of Tenafly Borough Council.

It's a small committee in a heavily Republican area -- there were 24 members in 2013 when Palmieri took over as chairman, and 91 now, according to a news release.

But they are encouraged after Democrats in 2015 won council seats and the mayor's office in Phillipsburg, the county's most populated town.

"The Warren County Democratic Committee looks forward to making more inroads in Warren County in 2017," Palmieri said in the release.

The convention is open to the public. Anyone interested in attending can RSVP by emailing info@warrencountydems.com or on the Warren County Dems Facebook page.